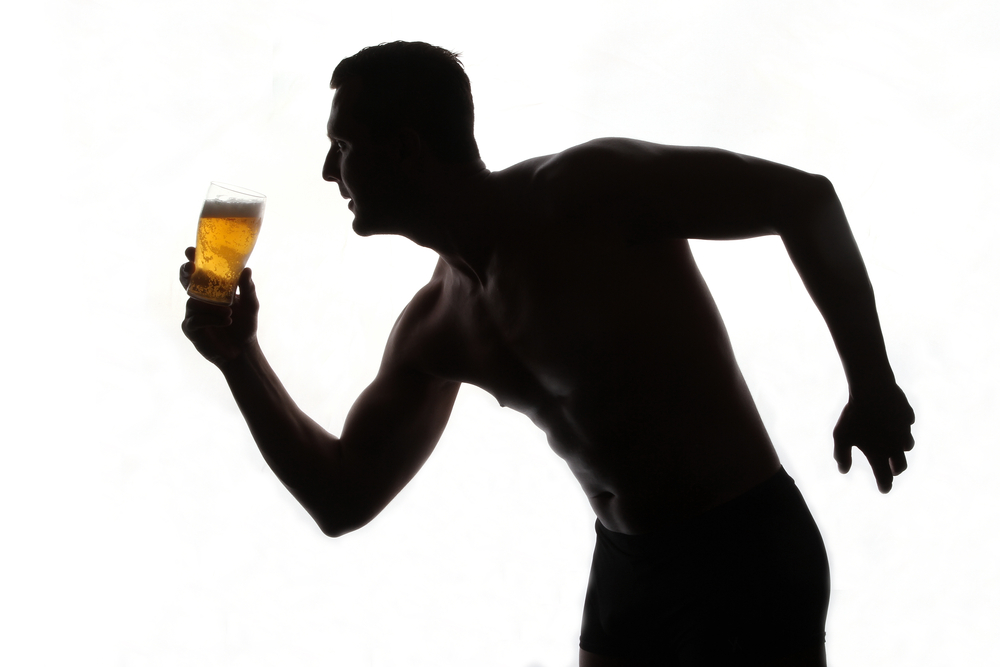 We all know that training or competing while under the influence of alcohol would be idiotic, but that drink or five after the big game or training session can’t do that much harm, right? The research suggests otherwise.

According to Ausport, athletes involved in team sports maybe at greater risk of excessive drinking compared with individual athletes. Ausport conducted a huge study of elite-level Australian Rules Football players and found that players felt that “drinking is important to develop a bond with other players” – and we’ve all heard that in some form or other. The study showed that it was common for the athletes to consume virtually no alcohol during the regular training week, but the night after a game they consumed as much as 350g of alcohol (a 330-375ml ‘stubby’ of full-strength beer has 15g of alcohol – so that’s about 23 beers). Granted, this study dates back to the 1990s, but a quick look over the headlines about players’ drunken antics over the last few years in any form of football suggest that this behaviour hasn’t gone the way hasn’t disappeared like other 1990s trends such as low-carb diets or big-can headphones… oh, hang on…

Don’t kid yourself that drinking is a form of carb-replacement – you are not a top alcohol drag racing car.

Drinking immediately after a game, competition, race or training can be detrimental in a number of ways.

Even a moderate amount of alcohol slows recovery from strenuous exercise, according to a study from Massey University (New Zealand) and published by Sports Medicine Australia’s The Journal of Science and Medicine in Sport.

Participants had either juice or what is considered at the “high end of safe drinking levels for men” – six to seven standard drinks over two to three hours. Their performance was measured 36 hours and 60 hours later. In both cases, the loss of muscle performance was far greater in the alcohol-drinking group – nearly twice as much. A further study showed that while alcohol doesn’t affect performance of unexercised muscle – i.e. it doesn’t systemically weaken them – it does impair the normal recovery processes in already damaged muscle.

End result – alcohol prevents the body from reaping the benefits of and/or successfully recovering from a training session.

Alcohol makes your body dehydrated, since it’s a toxin that travels through your bloodstream to every organ of your body. This dehydration makes it difficult for your body to heal from injuries or muscle soreness, and also plays a role in preventing the body from absorbing key nutrients essential to high performance.

According to guidelines set out by both the University of Notre Dame and Princeton University, alcohol inhibits the absorption of Thiamine (vitamin B1), vitamin B12, folic acid and zinc – all of which are especially important to endurance.

A study done through the AIS and published in the Journal of Applied Physiology concluded that alcohol also displaces carbohydrates, meaning that it can rob you of the glycogen replacement you’ve done in your recovery eating.

Alcohol is also a source of “empty” calories, so while you might feel smug about turning down fried and fatty food late at night, alcohol has the same (or even less) nutritional value and will be processed into sugars and stored fats.

Alcohol absorption in a muscle cell disturbs its water balance and processes of breaking down glucose. The disruption of these two processes have a detrimental effect on the cell’s ability to produce its energy source, adenosine triphosphate (ATP), therefore negatively affecting both energy and endurance.  Alcohol can continue to affect your brain and body’s performance for 3-5 days after consumption.

Alcohol reduces REM sleep, which is when growth hormone (HGH) is produced and spread in the bloodstream for recovery and rebuilding. This means that even in the short term, alcohol use hinders the growth and rebuilding of muscle. This occurs even if your drinking is up to six hours before sleeping! End result – alcohol prevents the body from reaping the benefits of and/or successfully recovering from a training session.

Every time you train or compete, you want to learn or retain information to make you better for next time, but alcohol slows up your hippocampus, a part of your brain that’s crucial to forming new memories for learning and storing information. The majority of memory foundation happens during – you guessed it – REM sleep.

Princeton University guidelines state that consuming five or more alcoholic drinks in one night can affect brain and body activities for three days – and two consecutive nights can affect you for up to five days.

Long-term alcohol use decreases protein synthesis and diminishes muscle growth and repair in the body.

According to Ausport, alcohol has also been shown to increase the build-up of body fat deposition, as the body prefers to use alcohol as a fuel source while it’s in the body. If you eat high-fat foods when you are drinking alcohol, the fat in these foods is directed to storage instead of being used as a fuel source.

If you’re going to drink after the game, comp or race…