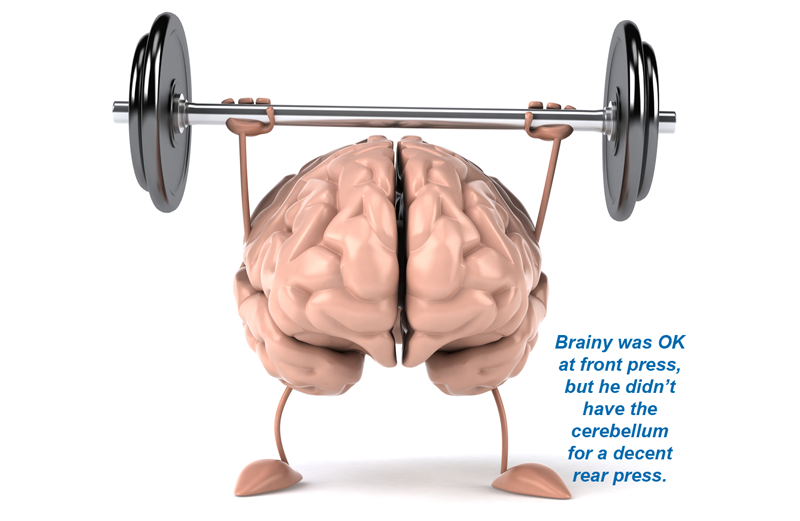 The smart people know what’s up. World leaders, business tycoons, academics, creative thinkers – you’ll see many of them keeping up regular exercise no matter what crises or challenges are going on around them. You think they do it so they look buff for their TED talk? They’ve figured what a spate of new research \has confirmed – your training has both short and long-term consequences for your memory, your ability to learn, mood and all-round mental performance.

Up to about the age of 40, you use only a small part of your brain to perform cognitive tasks – that’s anything that helps you attain information, such as reasoning, memory, attention, and language. After 40, you can expect to need more of your brain for these, but brain imaging studies on Japanese men aged 64 to 75 showed that the most physically fit needed to use only the small part of their brains cognitive tasks. That is, it was like the fit guys had the brains of people less than 40 years old.

Numerous studies indicate that cardio exercise can play a role in creating new brain cells and new neural connections, and then improve the chances that those newly formed cells with survive and thrive. This process, known as neurogenesis, is important for learning and forming new memories. Cardio exercise also triggers the release of hormones in the brain, including dopamine, serotonin, and norephinepherine. These all help you get your brain game on by improving attention, increasing arousal levels and even sharpening perception.

At this stage, it’s unclear which works better –slower, steady exercise or sessions of short bursts of higher intensity exercise with rest periods in between.

Most evidence suggests that moderate-high intensity cardio exercise gives the best memory-boosting and learning-enhancement benefit, but there’s also evidence that strength training can help as well. However, for maximum effect, have a break between the brain strain and the muscle strain. A study by researchers at Radboud University in the Netherlands showed that doing aerobic exercise four hours after a memory challenge improves memory retention – but exercising immediately afterwards didn’t seem to show any benefit.

Feed your brain for mental health

Research findings published in The Journal of Neuroscience help explain why exercise is so important for managing depression and other neuropsychiatric disorders, which include things like anxiety and attention deficit hyperactivity disorder (ADHD). These conditions are linked with deficiencies in neurotransmitters such as glutamate and GABA, which drive communications between the brain cells that regulate physical and emotional health. This study from the University of California, Davis showed that exercise triggers the chemical reactions in the body that help restock these neurotransmitters.

Train to beat the black dog

At some stage, to some extent, many of us will be hit by depression. It may not be a constant thing for you, but even at its mildest, the odd bout of the blues or the “fog of living” will affect your memory and mental effectiveness, so it’s good to know that something as simple as exercise can help.

Exercise sets off ‘pleasure’ chemicals in the brain such as serotonin and dopamine, which make us feel calm, happy and improve morale – so you don’t have to wait for these good feelings to come by accident, you can bring them on by getting active. It might be hard to drag yourself to get going, but you won’t regret it after you do.

Keep it consistent for a healthy brain

Want another good reason to keep up your training routine? Research led by University of Maryland School of Public Health used MRI brain imaging to show that blood flow to several areas of your brain can decrease significantly in people who stop exercising – even after only 10 days. The study, which was done with healthy, physically fit older adults, showed that a key area affected was the hippocampus, which plays an important role in learning and memory and is one of the first brain regions to shrink with Alzheimer’s disease.

The exercise habit you have now can determine how well your brain ages. Researchers from the Boston University School of Medicine found that people who were in poor physical fitness during their 40s had significantly lower brain volumes by the time they reach age 60. A decrease in brain volume a sign of accelerated aging of the brain – not a good thing.

The 5-point checklist to reach your goal

Here’s how it works. Researchers saw that people who are not fit experience more spikes in blood pressure and heart rate in response to even low levels of activity compared to people who are physically fit. This leaves small blood vessels in the brain vulnerable to damage by these fluctuations, and this damage can contribute to structural changes in the brain and a decline in memory and thinking skills.

According to the Mayo Clinic, studies show that people who are physically active (exercising several times a week for 30 to 60 minutes) will have lowered risk of developing Alzheimer’s disease are be less likely to experience a decline in their mental function overall as they age. Even in people at risk of developing Alzheimer’s, regular exercise will delay the onset and slow the progress of the disease. Being active seems to help the brain not just by keeping up the blood flow, but also by increasing chemicals that protect the brain. 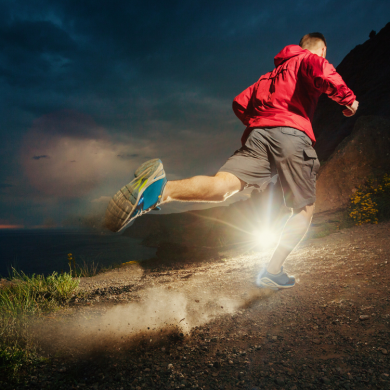