﻿SWEET! BUT WHERE’S THE ALCOHOL? 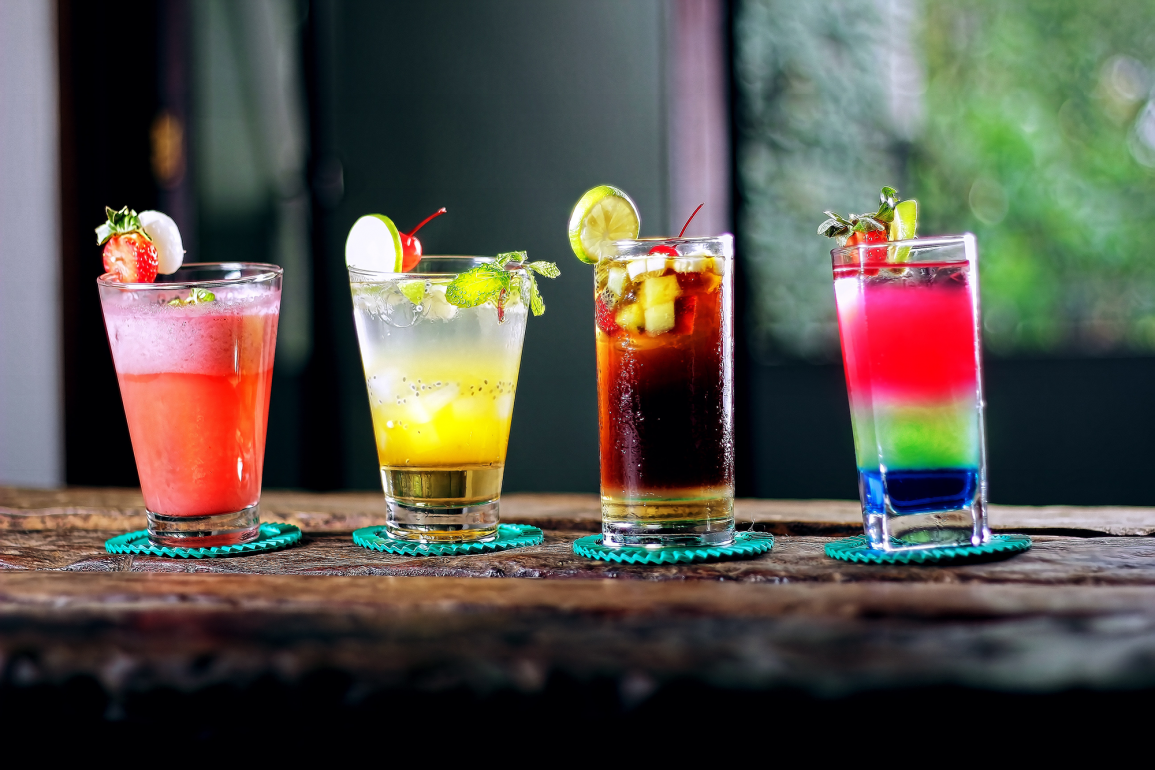 Photo: Ahmad / Pexels
Home
Eat
What do we mean when we talk about sugar?
Recommended limits on sugar confuse us because not everyone means the same thing by “sugar”. So let’s use the World Health Organization (WHO) definition, which is any type of sugar added to foods plus honey, syrups and fruit juices that do not have 100% of fruit pulp. It excludes naturally occurring sugars such as lactose in milk and fruit (which, for example, can pump up the total sugars counted on the label of a Greek yogurt with fruit). WHO recommends that we limit sugar to 10 percent of total calories in our diet. So a level teaspoon (4g) has 15 calories, so for a bloke on 2500-3000 calories that’s 17-20 level teaspoons (68-80g) per day. WHO says reducing that to 5 percent would probably be ace, but so far there’s not enough evidence of the added health benefit being worthwhile for them to set that in stone. The naturally occurring sugar in whole fruit is not a concern. In fact, studies show that eating more whole fruit protects against both obesity and diabetes — the very goals served by reducing sugar intake. The trick is to cut down the added sugars hidden in processed foods. Do that and you’ll still have room for dessert.

No discussion about sugar and metabolic syndrome – even in relation to children – should be separated from alcohol.

For a while there, TV programming was flooded with shows and documentaries about the evils of sugar. Especially Monday nights – it was like the programmers knew this would be our most guilt-ridden day after a weekend of binge eating, and we were ready to tie ourselves to a cross and have someone blast us with a shotgun loaded with white sugar. They came from New Zealand, USA, UK, and all showed much the same thing – often literally the same experts, very similar self-loathing kids, many of whom ended up getting bunches of rotting teeth ripped out and spending lots of time with doctors they ignored.

These were fat kids crying into their buckets of sugary soda because they want a good body, but not as much as they want candy or nachos. They whined about the unhealthy lunches supplied to schools by fast-food companies, but then ignored the healthy option that only five kids out of several hundred chose, and never thought to bring lunch from home. (Lunches are not free if you have to factor in the coronary bypass surgery later.) These were kids who should’ve been going out to see rock bands, but instead ended up going into hospitals for gastric bands. They whinged about the lack of access to nutrition and information about better choices when they have ubiquitous internet, 286 TV channels, access to doctors, and apparently they have ‘parents’, or at least a couple adults hanging around the home who bear a striking resemblance to them, even if they deny responsibility for the child’s actions and behaviour.

I should pause here and point out that I believe a little sugar is fine, but a lot can kill you, especially if you’re not active. Active people will effectively utilise more sugar, although this should be timed to – and proportional to – your activity. If you’re active sometimes and go periods when you’re much less active, your sugar intake should vary accordingly. Whether you actually need the extra sugar is debated except when you do endurance events (90-120 minutes+) and need to eat on the move. However, the good news is that regular, frequent training makes you better able to use sugar throughout the entire day, not just during exercise. This is because exercise helps your body become more sensitive to insulin, the hormone responsible for bringing sugar (glucose) into your muscles. This is why a very active child who ate X amount of sugar a generation ago can’t be compared to a much more sedentary child today who eats X amount of sugar.

The naturally occurring sugar in whole fruit is not a concern. Studies show that eating more whole fruit protects against both obesity and diabetes — the very goals served by reducing sugar intake. The trick is to cut down the added sugars hidden in processed foods.

Back to these sugary TV programs: some of then dragged on for 90 minutes, going into great detail about how sugar and high fructose corn syrup finds its way into all kinds of things. (Ever seen a kid in America lick the walls of an advertising board in a bus station? It’s impregnated with corn syrup, apparently.) They even explained what happens in the liver as a response to a high-sugar diet with regard to appetite, cravings and metabolism… now all that seems to ring a bell with something else, doesn’t it? Oh, that’s right, that other convenient dumping ground for tonnes of refined sugar – alcohol. Yet in all these documentaries and shows, alcohol was mentioned only once.

That one mention was almost offhand, but it was one of the most poignant and saddest comments in all these shows for me. A fat teen who decided he wanted to change said to the camera how hard it was when his home is filled with crappy, sugary foods – “It’s like telling an alcoholic not to drink, but then leaving bottles of liquor around the house.”

If you put your old, shrivelled-up liver under your pillow, the Beer Fairy won’t leave you a keg

Apart from that – no mention of alcohol. I found this astonishing, because the links – as far as the actions on metabolism, behavioural patterns and chronic illnesses – are right up in our faces. A kid (or an adult for that matter) who sucks on sugary soda and seeks comfort in food that is easy to get and consume has a short step to make to an unhealthy drinking habit. And what are the first drinks young adults or teens drink? The sickly sweet crap that tastes like soda and goes down like soda (but comes back up in much more entertaining ways). Then you have the vast numbers of young women (and a lot of buff-ish/roid-addled young guys) who eat healthy a lot of the time, for which they promote themselves like heroes with selfies on Facebook and Instagram, and then think this allows them to go cray-cray on alcohol. The effect on metabolism, the addiction, the unhealthy fat gain, the mood and behaviour swings, the subsequent illnesses such as type 2 diabetes – sugar and alcohol are on the same team. There’s no romanticism in alcohol abuse. If you put your old, shrivelled-up liver under your pillow, the Beer Fairy won’t leave you a keg.

The American documentaries all raised conspiracy theories about how the government had bent over for the sugar and corn industries (and every time I am in the USA I am amazed how sugar and corn syrup are in almost EVERYTHING). The irony is that by ignoring alcohol – another huge industry group, especially in the USA – the silence was deafening.

Those of you in the know will no doubt point out that several spirits have little-to-no sugars in them, but then we add the sugary mixers. Some beer can be low in sugar, but high in other carbohydrates, however a pint of real ale or cider can have 8-9 teaspoons of sugar in it.

For the record, I am not a teetotaller, more a tee-almoster. But whether it’s sugar, alcohol or singing out loud to 80s glam-rock, there’s a level of control you require to meet a healthy point of moderation. Don’t blame a lack of labels and warnings or government conspiracies or Big Business. For every instance where there is a way to “hide” or obscure information, there are 71 sources of information and assistance you can go to find things out and get help for yourself. If you really cared, you would check them out. It’s your body, and you have to live in it. It’s not like you have a holiday body, or a beach body, or a rental body that you can shift into when you kick the tenant out – you have one body, and it is what you make it.