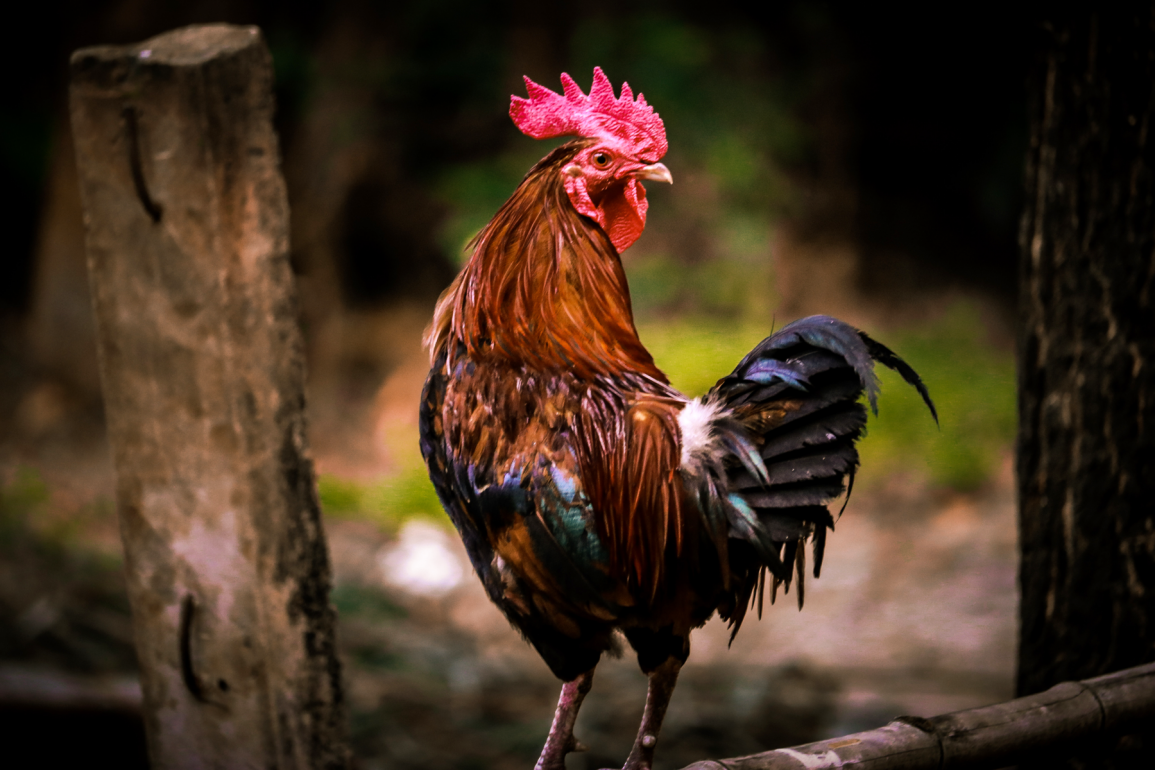 The one new year resolution we all need for better health

At new year, we look to see what changes we can make to improve ourselves. It’s also common to see resolutions made collectively through six week challenges, sharing progress towards fitness goals online, or friends teaming up to quit cigarettes. There’s one resolution above all that we could all do to be healthier as individuals and as a society: don’t be a #@!*.

I’ll leave it to you to fill in the letters (the pics here suggest a few options).

Yes, it’s supposed to be offensive. Damn right it’s meant to be confrontational, uncomfortable and even unacceptable – because that’s exactly the type of behaviour we’re referring to here.

A series of studies, published in the Personality and Social Psychology Bulletin in 2016, found that 55 percent of new year resolutions made were related to health. Figures from Google and other sources suggest this has only gone up in the subsequent years. A 2018 survey of Americans by Statistica showed that losing weight, getting into shape and quitting smoking accounted for 61% of all resolutions.

You may well ask, “So what does being a #@!* have to do with health, f!#@knuckle?” Quite a lot, actually – it can affect our health both physically and mentally, as well as being a key factor to our society and social interaction in general.

First, we need to acknowledge that being a #@!* is a state of mind. It’s not who you are. You’re not born a #@!*, it’s not a gene you inherit, it’s not a disease. It’s a conscious, or at least a learned behaviour. Being a #@!* is often the product of denial or a rationalisation to make us feel better about our actions and how we live our lives– and these rationalisations rarely correlate closely with objective truth. Basically, we engage in that time-honoured coping mechanism of human nature; we lie to ourselves. That’s why it can be so easy to be a #@!* but fail to notice it yourself.

The physical effects of being a #@!*

Being a #@!* is often associated with aggression and/or aggravation to others, which in turn often puts the #@!* in a heightened state of alertness – the fight or flight state – ready to mobilise against possible reactions. This can often involve the increase in the stress hormone cortisol for both the #@!* and the people they engage with.

Bergland, a world-class endurance athlete, coach and author of The Athlete’s Way: Sweat and the Biology of Bliss, concluded:

“If each of us works alone, and together, to reduce cortisol levels, we will all benefit. As citizens, if we live like we are ‘All for one, and one for all,’ we can reduce the amount of stress hormone in our society and individual lives.

Alpha is for *!@hole

As already mentioned, people may act like a #@!* and not realise it or they rationalise their behaviour. One popular rationalisation is that they are an ‘alpha’ or ‘ strong and confident’.*

However, being a #@!* makes enemies for you, which in turn creates stress and the potential for physical harm. No-one needs more enemies.

When we self-sabotage ourselves with similar behaviour, we’re being a #@!* to ourselves; we are self-#@!*ing.

Acting “alpha” is often rationalised by the need to be assertive, or a component of being the boss. But is it really? Just remember,being a #@!* is like being an alcoholic at an AA meeting: the first and most important step is acknowledging that you have a problem. (Please note that UH! will introduce CA meetings later in 2019 – contact us if you are a recovering #@!* who would be willing to sponsor another #@!*).

Take responsibility. Ask yourself, “Is this behaviour I want to represent me in the world?” Call yourself out when you behave #@!*fully.

Maybe you feel that acting like a #@!* is necessary to be a hero of your own story. But again, is it really? A quick test is to ask yourself if your inconveniences others much more than it benefits you. If the roles were reversed and you were the one subjected to the #@!*ish behaviour, would you whinge about it or would you still be the hero? That’s right, I just brought up the humdinger: the concept of ‘other people’, empathy, and a universe that does not feature you at its centre.

Another suggestion that’s very appropriate for would-be alphas is to picture each human interaction like you’re in an action movie lie Die Hard 7: Viagra. As the story progresses, would the audience sympathize with you? Would they think your aggression is totally justified and your snarly quips witty? Or would they just throw plastic spoons at the screen and yell at you to stop being a #@!*?

The benefits of being less #@!*y

Robust studies of #@!*ish behaviour are rare, but there is a strong body of research on its antithesis – and this behaviour is much better for your health.

Several studies have now shown an association between acts of kindness and markers of heart health. A 2006 study published in the International Journal of Psychophysiology concluded that people who give support to their social networks have less depression, better self-esteem, and even better blood pressure. Yep, not being a #@!* is good for heart health because. This is because oxytocin, which is known as a ‘cardioprotective’ hormone, causes the release of nitric oxide, which dilates (expands) the blood vessels, which in turn reduces blood pressure.

Even small acts kindness to both people you know and strangers – giving (correct) directions, holding doors open, and so on – can help you deal better with stresses in your own life, according to a 2015 study published in the journal Clinical Psychological Science. The research showed that if the study subjects helped others out on days when they felt especially stressed, they didn’t report any negative feelings, whereas they did on similarly stressful days when they didn’t help others.

Here’s another benefit. The next time you’re feeling a bit anxious in a social situation, instead of getting defensive, rude and snarky, try looking for opportunities to help others. That’s the suggestion that came out of a study on happiness from the University of BritishColumbia. The study found that participants who engaged in kind acts– even just smiling at someone – showed significant and sustained increases in ‘positive affect’ (positive moods such as joy, interest, and alertness).

Being nasty, inconsiderate, rude, threatening or bigoted on social media is easy – too easy.

The academic lingo for online #@!*ishness is ‘The Online Disinhibition Effect’, a term coined by Rider University psychology professor John Suler in 2004. Other academics have drawn parallels to the increased angry, threatening and generally cocksockly behaviour many people pull out anytime they go places where they’re not known – or when they’re talking to voicemail or a call centre in the Philippines.

One minute someone can appear to be a nice, normal person in the real world, then next thing they’re frothing at the mouse. And they feel they can do it again and again. They’ll say it’s everyone’s fault because everyone’s doing it. That’s the same reasoning used by looters in a riot, mass beatings and gang rape. Like all these things, being a ‘virtual #@!*’ has very real effects.

Apart from the obvious repercussions, this collective behaviour contributes to widespread and sometimes chronic sleep problems. Last year I spoke to sleep specialists around Australia and several mentioned the dangers of evening social media use or phone calls or messaging that results in aggravation and/or aggression that elevates cortisol and makes sleep difficult.

If a guy refused to take his dog for a walk and instead locked it in the house and let it grow fat and sick, you’d call him a #@!*. If a mum fed her kids processed rubbish and fast food all the time because she just couldn’t be arsed getting them better food, you might say she’s a #@!*. The boss is a #@!* if he or she gives no acknowledgement or care for a worker who’s obviously ill or struggling with injury. If a mate pressured you to have another six drinks after you said you’d had enough, and then he encourages you to drive home, then that’s a #@!* right there. If a ‘friend’ loses all patience and gives up on you because you are slow, or overweight, or tired, or busy, or in need of a kind ear, then he/she’s probably engaging in some #@!*y behaviour. Even more so if he or she is making up excuses to let you down, body shaming you or feeding your vices. So when we self-sabotage ourselves with similar behaviour, we’re being a #@!* to ourselves; we are self-#@!*ing.

So make an effort to feed yourself better food. Learn some moderation in all things so that you don’t regret your irresponsible, #@!*y behaviour later on. Listen to your body like you should listen to a spouse or partner. Treat it right and get it help when it needs it.

Look after your stress levels and do some creative activity for mental health. Don’t use your roommate’s toothbrush to apply haemorrhoid cream – and certainly don’t enjoy it.

Be patient with your body. And for goodness sake, stop “Fitbitting” (tricking your activity tracker to up your number of steps or distance for the day) – self-deception isn’t healthy.

So this year, let’s all try not to be #@!s. If you’re still too much of a #@! to do it for the sake of other people, try doing it for your own health. 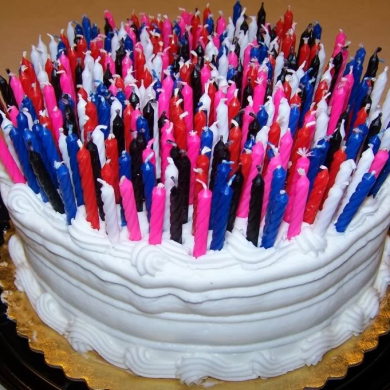