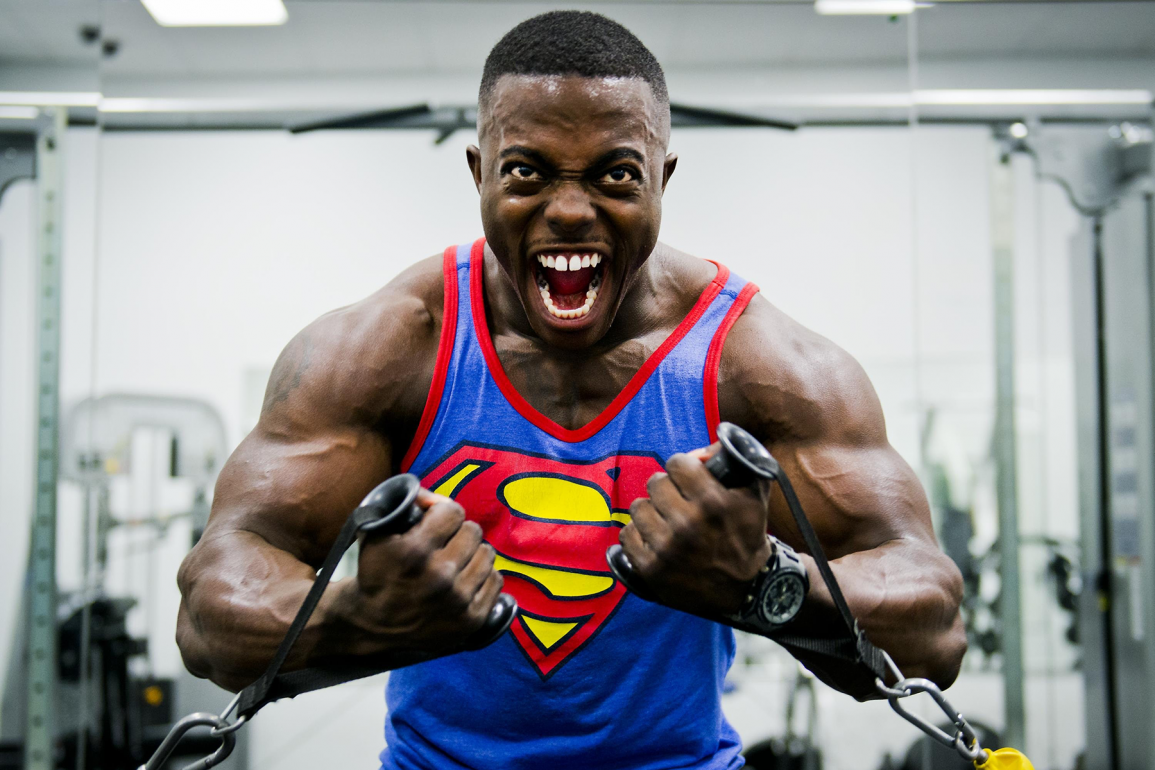 When I began high school, there was a show on TV about Superman as a boy. Superboy was just discovering all these new powers he had, and he was struggling to get a grip on how to control them. Being the pubescent boys that we were, we of course imagined Superboy at the urinal, blasting huge dents in the metal wall.

I was reminded of all this after trying to train with an injury and then getting sick. See, when we regularly train so hard, our strengths or ‘powers’ can actually become a cause for damage – and more often the damage is to ourselves rather than an innocent public toilet.

Often the seasoned athlete will come to accept and even expect a certain level of soreness and damage after hard training. There’s a level that we think is OK and manageable. Then there’s a level above that where many of us start to make excuses, such as rationalising that we did something a bit different or we trained that extra bit harder or longer – two perfectly good reasons for extra soreness, but no excuse to ignore the soreness and do nothing about it. There are other excuses, too, that many of us will use, even though they have about as much validity as a $3 note – well, this part of my body is sore because it was still sore from last training session, or it’s from an old injury so what can I really expect, or it’s not so bad and it will go away in time (even though you keep using the injured body part in training!)

An aggravated injury can leap out at you like an adventure racer who knows you’ve got boxes of chocolate-covered Nurofen Rapid to give away.

The problem with accepting and even expecting to always carry some soreness and stiffness is that when you do actually have an injury, it can be hard to acknowledge it and you may even genuinely fail to recognise it… until you aggravate it even more and it leaps out at you like an adventure racer who knows you’ve got boxes of chocolate-covered Nurofen Rapid to give away.

The same thing happens with illness. I think most of us who train regularly think that we should never get as sick as often as the fat lush at work who seems to follow the Trans-Fat Diet and whose idea of exercise is for cigarette breaks in working hours. To an extent, this is true. Regular moderate exercise certainly increases immune function, but when you push past this, the window for what researchers call ‘immune dysfunction’ can open wide.

Marathoners are six times more likely to get sick during the week after a race compared to those who didn’t trash their immune systems, according to exercise immunologist David Nieman, director of the Human Performance Laboratory at Appalachian State University. I know my powerlifting colleagues also tend to get sick immediately after a competition. It makes sense – Nieman found that the immune cells are temporarily impaired after heavy exertion that lasts longer than 75 to 90 minutes.

Something like marathons – and it is reported that things like long, slow runs (90 minutes or more) use slow-twitch muscle fibres that compete with the immune system for simple sugars as fuel – can leave you wide open to immune dysfunction for between 3 and 72 hours. (What you can do about this is food for a whole new blog!)

If you train often, there will often be days when you feel a bit tired or drained by other other stresses and you have to drag yourself to training. Ideally, those days are your lighter or recovery sessions, or you pick up physically because the stress was largely mental or emotional. I can think of many, many times when I experienced the latter case, and afterwards I never once regretted training. The problems come when the tiredness is actually physically-induced or illness-related. In these cases, I immediately change my training session other times I pull up stumps completely. I don’t regret this either – although I have sometimes regretted that I started training at all. For example, I recently dragged myself, feeling tired and unmotivated, to an evening session running up god-knows-how-many stairs in repeat intervals. Sure, it was never going to be easy, but a short way in, I realised that it shouldn’t have felt that hard, either. Perhaps the key was the poor recovery between sets and the general feeling of heaviness. I slowed down (wasn’t really an option), shortened the intervals, and then gave up completely after 35 minutes. I only felt a whole bunch of terrible, rather than that tired, but relieved and elated sense of relief and satisfaction that usually comes after a session. I could barely move the rest of the night. And I stayed in bed all next day. I had a viral chest infection, which then turned into a bacterial infection and bronchitis. Would I have avoided this if I had not trained that night? No, not the viral infection – that would have already been in the works. But I could have avoided the severity of the crash and possibly the bacterial infection, which drew out the duration of the illness.

As you get older, every niggle after training or competition should be treated with suspicion and immediate direct action… this is one reason it sucks to get old.

I wish it was easier – say with a simple table or formula – to draw the line between exercise-related soreness and a little tiredness from physical/emotional/mental stress and overtraining or illness (remember, overtraining is always relative to your individual level and circumstances). Things like HRV (heart rate variation) and home thermometers can help, but we should really be looking more inwards for the solution.

Training hard and training consistently is a key difference between the recreational exerciser or social sports participant and the serious athlete (or someone very serious about a physical goal). That’s kind of obvious, but here are three more key differences:

1) The serious athlete will know their mind and body extremely well. This is a trait of all long-term successful athletes, from golfers to runner, and boxers to tennis players.

2) Not only do serious athletes have a deep awareness of their mind and body, they don’t tell themselves fibs about it. They will take a good hard look at themselves in the house of mirrors and say, “I’m carrying an injury, how do I adapt for this race/match? Then how can I fix it?” and “I’m not on my game mentally today – why is that and what can I do to get around it or fix it?” or ‘There’s too much risk of aggravating an injury if I keep doing that activity in training – what’ s the most effective alternative activity I can do instead?’

3) Social exercise or sport is all about the training and the competition. For the serious athlete, the training is only the start of a longer process. He or she does many small things between training sessions and competitions to recover better – stretching, mobility exercises, eating well, massage and foam rolling, studying and practicing technique, attending to injuries, etc.

Regarding that last point, it’s worth noting that especially as you get older (over 35, definitely over 40), every niggle after training or competition should be treated with suspicion and immediate direct action (e.g. icing, massage, stretching, physio, TENS therapy, etc.) rather than just expecting it to get better on its own – that’s a young person’s privilege and one reason it sucks to get old. This also applies to anyone who has had repeat injuries in the same part of their body.

In the end, progression in a sport or pursuit of a physical goal is a long process and we have to be patient. We get the most out of our body by recognising how we work and react both physically and mentally, and doing all we can to get mind and body operating optimally. Risk injury and illness and you just put yourself on the endless ‘two steps forward, one step back’ (if you’re lucky!) cycle that so many athletes find themselves on.