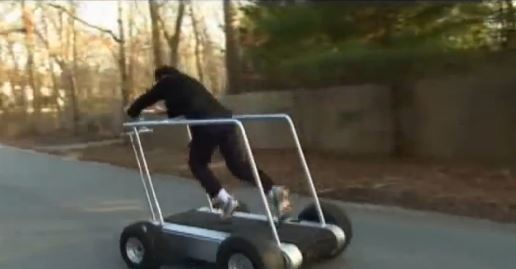 It’s a question as old as the first treadmill – is indoor running as good as running outdoors? How do the two compare?

First, let’s look at the differences between treadmill and outdoor running.

The biggest difference between running outside and indoors is that on a treadmill the surface is moving while you stay in place. This means a treadmill allows you to overstride more – that is, you can put your foot further out in front of your centre of gravity than you could running over a stationary surface. This is why treadmill training is sometimes not recommended for people more prone to hamstring strains. The moving surface also makes it easier to enable heel striking and a slow contact time with the ground (something you really want to avoid!) because the treadmill ‘rolls’ your foot back under you. This is kind of a good thing and a bad thing – good because it helps avoid injuries these techniques can produce, bad because it ‘enables’ a less-than-perfect technique.

Studies found that runners are faster outside, despite the lower energy cost on a treadmill. Why? Because running performance is not all about how high your heartrate is, it’s about your conscious perception of effort.

Another obvious difference is that the treadmill is a perfectly even, straight surface all the time. That’s fine if you’re running just for fitness, but not great if you’re training for an event where the ground will not always be dead even and straight.

Less obvious is the difference in energy cost – the energy you use at a given pace on the treadmill is slightly lower than it is outdoors because you don’t have to push against air resistance. However, researchers the University of Brighton found that this can be overcome by setting an incline of 1% as the baseline for all your runs (i.e. instead of flat). Despite this becoming Standard Treadmill Protocol (STP), the problem is that it’s not all about matching energy cost. Several subsequent studies found that runners are faster outside, despite the lower energy cost on a treadmill. Why? Because running performance is not all about how high your heartrate is, it’s about your conscious perception of effort – and running outside feels easier. Some reasons suggested for this include:

There are a couple of ways to use the treadmill to your advantage, rather than just an alternative to running in wet or freezing weather.
The moving surface can be a great coaching tool increase your cadence. Many runners struggle to get anywhere near the magic 180 foot strikes per minute (90 each foot) goal that is often quoted as ideal. Have the clock set on the treadmill display panel and watch it while you listen to your foot strike to count of the strides and judge the sound – once your foot strike gets pretty quiet, you’re getting close to find the sweet spot for your foot placement.

You can also use the treadmill to walk up longer and steeper slopes than you can easily find outside.
Research has shown that walking up a steep incline fast makes your brain use the same motor pattern you use to run at the same speed on the same slope. In other words, at a given speed, there’s a certain gradient at which the difference between walking and running disappears, so walking quickly on a steep incline can improve your running almost as much as running itself. The advantage is that walking is low-impact activity, especially on a steep slope. This is great news if you’ve had running overuse injuries, you’re older, or anyone trying to up the volume of their training without increasing their risk of injury. Just be careful to ease into it, as steep uphill walking puts a fair bit of stress on the calves and Achilles tendons. 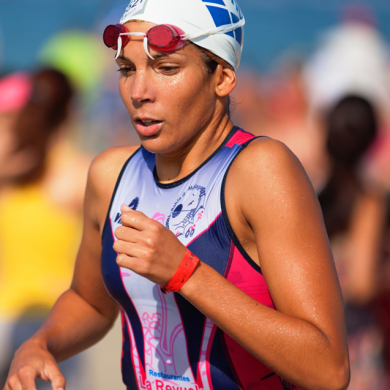