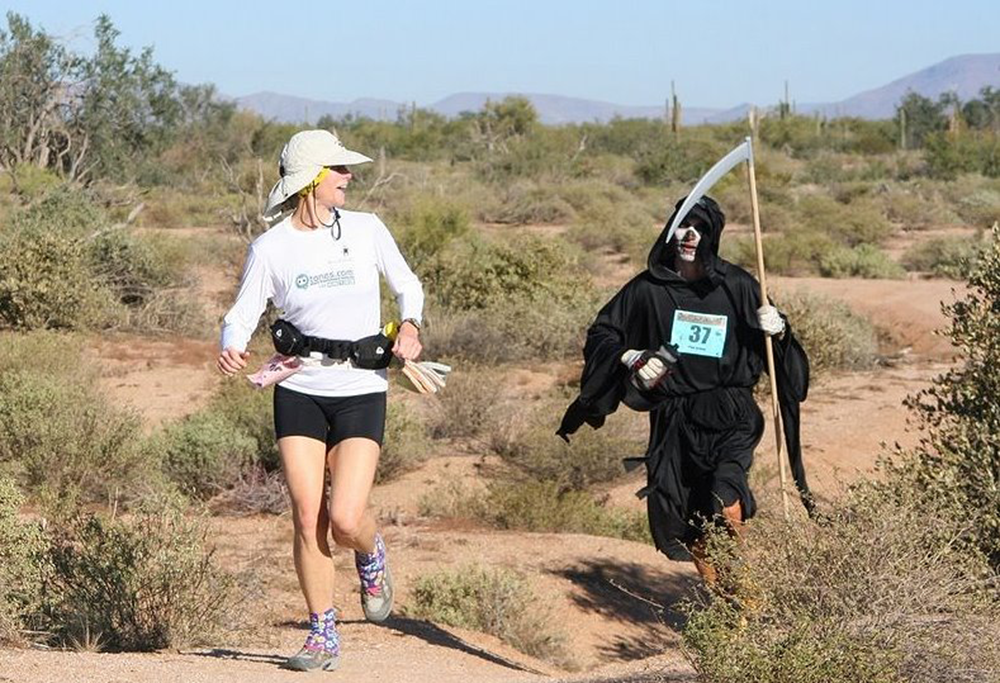 Former elite triathlete, duathlete and current World Masters running champion Mike Trees explains some of the recovery strategies and training methods that have him on top of the world in the M50 class for the 1500m, 3000m and 5000m.

AGE CAN BE CRUEL

Age can be cruel, and even for Mike Trees. He spent 20 years as a pro triathlete, but at 50 years old, there are some cold, hard facts he’s had to accept and work with.

Recovery takes longer between sessions and you’re more susceptible to injury,” he says.

Mike is very clear about what’s at the top of his list of pointers for the older runner.

“It’s estimated that you lose about 1% of your fast-twitch muscle fibre every year from birth, but you can slow that down if you can stay injury-free and keep training – the right kind of training.”

So what does the runner do if he’s not running?

“I’ll swim or do other work in the pool 4-5 times per week,” he says. “It works all the way along the kinetic muscle chains, gets the glutes firing and the hamstrings lengthening for speed work.”

Mike works on explosive movements off the pool floor, which helps build power.

“Running in water up to navel height, the water provides five times the resistance of air, but only half of your bodyweight is coming down on the surface of the pool,” Mike explains. “With less loading on the way down, the skeletal shock is less, but you’re still getting the muscle strength work.

“Your heart rate is lower, even though the resistance is much higher, so the water also allows you to maintain muscle mass.”

Mike estimates that only 20-30% of his training is done at anaerobic threshold or above – everything else is swimming or other work in the pool. “That way I can do 2-3 track sessions a week in spikes (i.e. speed work), which no-one else my age does.”

Mike’s emphasis on speed work sees him running sets of 400m, but other days he will run sets of 100m, 75m and 50m. When weather and his training cycle allow, he trains on grass.

“It’s estimated that you lose about 1% of your fast-twitch muscle fibre every year from birth, but you can slow that down if you can stay injury-free and keep training – the right kind of training.”

As Mike has become older, he’s had to address some of the overuse injuries and the inevitable deterioration, shortening and development of scar tissue that happens in his soft tissue. The Achilles tendon is one area in particular need of more than a little TLC.

“We tend to sleep with the Achilles tendon in the shortened position (i.e. foot pointed), which just encourages the development of scar tissue and the eventual shortening of the tendon,” he says. “That’s why if you’re prone to Achilles or plantar fascia problems, they can feel really bad first thing in the morning, then they might improve a bit as the day goes on.”

In order to avoid this, Mike sleeps in a type of compression sock called a Strassburg sock. This sock has a band of material between the end of the toes and the front of the top of the shin, which holds the Achilles tendon and the plantar fascia in stretched and elongated position.

“Sleep is very important for recovery. I work on a rule of thumb that for every hour of training, I get an extra hour in bed.”

“Without training I treat my base sleep as eight hours a day, so on a normal training week I’ll be aiming for nine hours.”


“As an older starter… you haven’t had all those years of stress and wear and tear on the joints, so you could do more running than I do.”

As he gets older, Mike has learnt to listen to his body.

“When you’re younger, you tend to try and go as hard as you can for as long as you can. But if I have a race or I’m feeling flat or tired after a hard training session, I’ll rest four days if I think I need it.”

Mike points out that if you don’t need to have had a brilliant athletic career in your youth to kick on and be successful in sport later in life.

“You do see some brilliant people who started when they were older,” Mike says. “Martin Rees ran a 71-minute half-marathon at the age of 60 and he didn’t start running until he was in his early 40s.

“As an older starter, you might have the disadvantage that you haven’t used your cardiovascular system in the required zone for a long time, so you haven’t developed a high VO2 max and that will hold you back for a while. On the other hand, you haven’t had all those years of stress and wear and tear on the joints, so you could do more running than I do.

“If you have someone who is a swimmer and comes to running later in life, it’s a great situation, because they often have the high VO2 max and they don’t have the wear and tear on the joints and soft tissue I their legs and hips.

“Never look at things as an excuse, just think of another way – you do the best you can with what you’ve got. Derek Clayton (Australian runner who was the first man to break 2:10:00 for the marathon) had a VO2 max of 69, but he made himself more efficient.”*

That right there – that’s the sentiment to hold onto as you enjoy your sport at any age!

–  A version of this article was originally written for 2XU International. 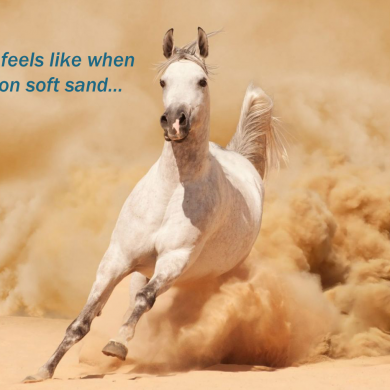