PRP – helping you heal yourself

It seems too good to be true – a doctor takes a little blood, separates the protein-rich platelets (PRP), and after a few injections, you’re on your way to recovering from nasty soft tissue injuries. Can we get an hallelujah for PRP treatment? Not everyone thinks so. The evidence is non-conclusive – but the research has not been perfect, either. On the other hand, some sports doctors consider platelet-rich plasma (PRP) injections as big an advance in sports medicine as the MRI. This no-fuss treatment can work where other treatments have failed for sufferers of chronic issues such as tendinosis, osteoarthritis and bursitis, as well as ligament and muscle damage. There’s one thing that I can report for sure – it worked for me.

I was 43 and in my biggest year of powerlifting when I had a niggling hamstring soreness that just wouldn’t quit. It crept up on me, then weeks out from the Commonwealth Open Championships I knew I had a real problem.

I did the competition of course, but my hamstrings were shot afterwards. After a break, I still felt like gnomes had stabbed me just below my butt. Scans confirmed tears in my proximal hamstrings. Months of rehab followed. On leg improved, the other didn’t. I was frantic. I had faced up to the prospect of never doing another deadlift, but I couldn’t handle the idea of never running again – and it felt like that was on the cards. Eight months after injury (not an ideal timeframe), I commenced PRP treatment. After two treatments, the same recovery protocol that had gone nowhere started to work and my leg healed. I returned to lifting and running faster and longer than ever.

Platelets are blood cells that contain more than a thousand different proteins and hormones that stimulate cell growth and repair. On their own, many of these are known for their ability to heal injury and relieve pain. Platelets also contain growth factors, which are chemicals that prompt the body into a healing response.

Dental and plastic surgeons were using PRP in the mid-1980s to repair jaws and other facial bones that often don’t heal well. These areas have fewer blood vessels than many other parts of the body and researchers wondered if the healing problem was related to a lack of blood. Doctors started trying the treatment on wounds that were slow to heal. Then in the mid-1990s, veterinarians began using PRP injections to treat tendon, ligament and cartilage injuries (tissues with relatively limited blood supply) in horses.

PRP is plasma that has a platelet count above the baseline of whole blood. PRP injections are a type of autologous engineering – that is, it helps the body heal itself, like stem cells and bone marrow. Some estimates say that injecting PRP directly into an injury site can multiply this response by a factor of seven or more.

Charlie Sheen ranted about the wonders of Tiger blood, and he might have been onto something – just because PRP worked for Tiger Woods doesn’t mean you’ll get the same results, even if you have exactly the same treatment for the same injury.

In athletes, PRP injections are considered to be particularly good for chronic tendon issues.

PRP has been studied clinically mostly in the elbow and Achilles tendon, but it is commonly used to treat other conditions such as plantar fasciitis, meniscus tears, labral tears in shoulders and hips, back pain and patellar tendinopathy (particularly when knee has not responded to physical therapy after more than three months).

PRP may also benefit people with knee osteoarthritis. A study at New York’s Hospital for Special Surgery, which specialises in orthopaedic surgery, found that PRP injections halted any further cartilage loss in the majority of their study group (very significant, since previous studies show that people with chronic knee osteoarthritis can lose roughly 5% of knee cartilage per year) and the PRP also helped improve pain levels, stiffness and function.

Research has also suggested that PRP injections are significantly more effective and durable than cortisone injections for the treatment of severe chronic hip bursitis, a common condition that is otherwise difficult to treat successfully. Unlike cortisone, PRP injections do not weaken soft tissue structures – they actually strengthen them.

Since injecting PRP involves using a patient’s own blood platelets, they don’t usually experience any adverse reactions, although there may be some irritation, pain, or bleeding related to the injection site.

About 20cc of blood is taken from the patient, then spun in a special centrifuge for about 14 minutes (depending on the centrifuge type) to separate the platelets from most of the red and white blood cells. Next, 2-8ml of platelet rich plasma, with lymphocytes (a type of white blood cells that activate the platelets) is injected into the injury site, with or without the use of ultrasound guidance. Ultrasound uses sound waves to image the site of injury – there’s no exposure to ionising radiation. The procedure can all be done in a doctor’s office in under an hour. Typically, two or more treatments are done 4–6 weeks apart.

Some practitioners (and this will differ with state or national regulations) may add an ‘activating agent’ to the PRP, usually either thrombin or calcium chloride, and some may even add HGH (human growth hormone), which is banned by WADA.

Here’s one of the best parts – most people can resume their normal activities almost immediately after having a PRP injection.

The great thing about PRP is that there is very little risk involved. The flipside of this is that this means the treatment was widely approved before substantial clinical proof of its efficacy became available.

A 2017 review of research literature on the use of platelet rich plasma in orthopedics said that “the evidence appears to be inconsistent or displaying a minimal benefit for PRP usage in rotator cuff repair, patellar and Achilles tendinopathies, hamstring injuries, ACL repair, and medial epicondylitis”.

The other side of the equation is that organisations such as the NFL, NBA, Major League Baseball and WADA have all declared PRP a reasonable treatment.

There are many inconsistencies with PRP that make it hard to guarantee a result for everyone. For a start, it is very different to a standardised pharmaceutical drug. More than 20 companies make the centrifuges, and each brand produces a different blend of PRP and white blood cell content. The concentration of the platelets can also vary – it’s worth noting that in general, there is a shift away from a “more platelets are better” line of treatment. You also have some practitioners adding ‘activating agents’ while others believe that the tissue itself will activate growth factors in the PRP. This explains why the authors of the 2017 meta-analysis said that future meta-analyses should focus on analysis based on the type of PRP preparation used to determine whether the effects differ based on the different formulations.

Another issue is that chronic tendon injury model is difficult to reproduce or standardise – one person’s condition is different to the next, even for the same body part. Critics say PRP may work for a specific type of tendon or joint injury and say that there is a lack research about exactly what type of specific problems may benefit from PRP. There’s also the argument that people who claim to benefit from PRP may only have been sore for a short while and they may have got better anyway after a couple of weeks of enforced rest. This wasn’t my case – I had rest, anti-inflammatories, physio, months of rehab over a period of seven months, with little to no improvement.

Donor variability also makes for further inconsistency. Charlie Sheen ranted about the wonders of Tiger blood, and he might have been onto something – just because PRP worked for Tiger Woods doesn’t mean you’ll get the same results, even if you have exactly the same treatment for the same injury.

You should not have a PRP injection if you:

Doctors will tend to ask that you avoid non-steroidal anti-inflammatory medications (NSAID’s) such as Nurofen, Voltaren and Mobic both before (usually 10 days) and after the procedure, as these interfere with platelet production by the bone marrow.

The injections are often described as very painful (sometimes in more colourful terms), so frequent and liberal use of ice is recommended afterwards, particularly early on. After treatment, follow standard rehabilitation for strength and functional progress, with gradual return to activities over 6–12 weeks (depending on site and nature of injury) and return to your sport when you have a full and painless range of motion.

People often assume that PRP injections are a relative of blood doping. WADA certainly doesn’t think so – it has deemed all musculoskeletal PRP injections for athletes legal with no notification required. However, note that some doctors in some territories may add HGH (human growth hormone), which is banned by WADA and several other sporting organisations.

– This is an updated (2018) and extended version of an article that first appeared on 2XU’s Athlete 2.0 website. 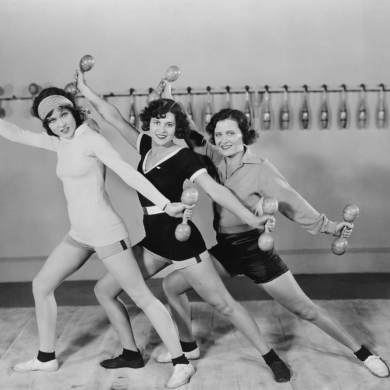