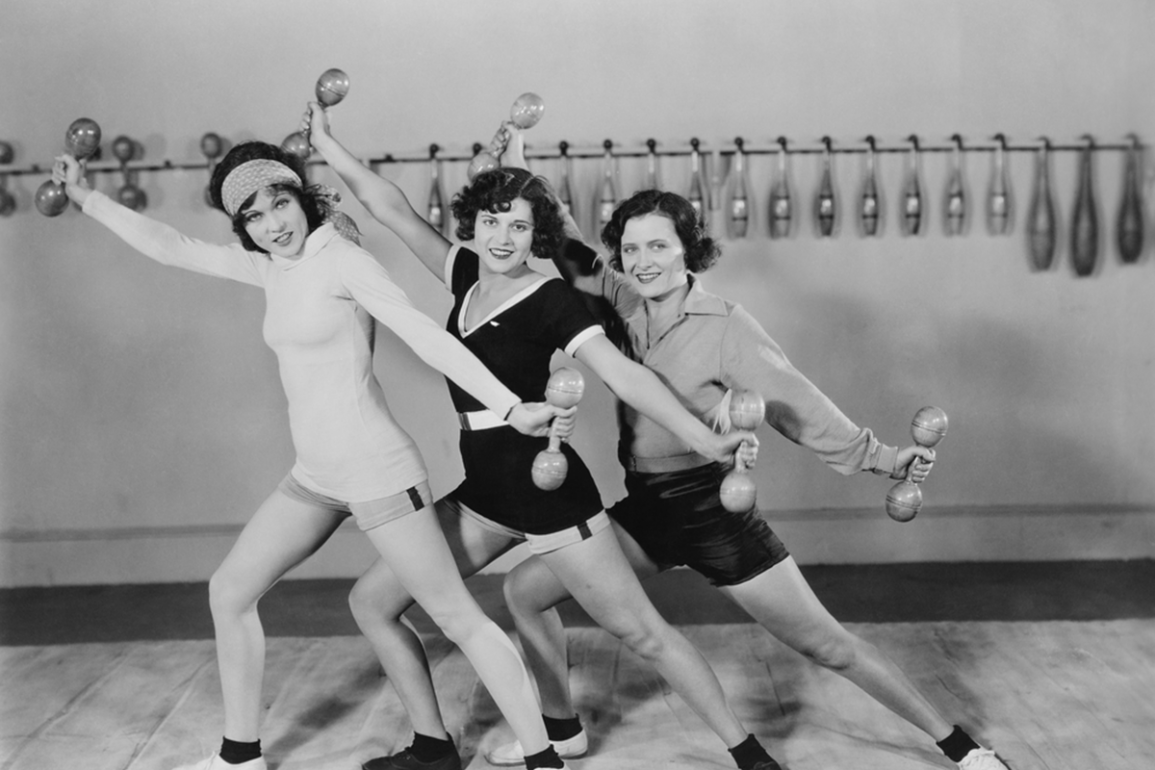 Up for a quiz? I call it ‘Craze, credulous or crap?’

Over the past handful of years I have written articles about the predicted health and fitness trends for the upcoming year. Usually these include some trends that just keep on keeping on (HIIT, wearable technology),the obvious (fitness programs for older adults), the latest incarnation of old favourites (that’s you, aerial yoga – C’mon yoga, you’re like, 4000 years old) and whatever might help recovery and reduce post-exercise muscle soreness (this year it’s the flavonoid quercetin). Then there is always the surprising, the whacky and the innovative.

Here’s where it gets fun. Try to work out what points about the so-called 2019 trends below are true or and which are false.

Sleep will be huge. Countless people will want to do it, every single day. Everyone will get excited about how sleep can improve both mental and athletic performance, enhance recovery and reduce the risk of rapid weight gain, coronary heart disease and being a crabby git. The fitness and wellness industry will focus on how to sleep better, sleep faster, sleep at higher intensity. Sleep coaching will be popularised as an adjunct of the personal training industry, and you will be able to pay sleep trainers to stand beside your bed, send text messages, and count sheep for you.

The hot new diet this year will be the PEGAN diet, which combines principles of the Paleo diet with vegan diet principles – and if you think it sounds awfully like “pegging”, then that may be no coincidence. The great thing about the Pegan Diet is that is just counterintuitive enough to make its followers totally dependent on Pegan leaders for guidance, and adequately close to impossible to follow, which sets itself up nicely for the launch of supplements, specialty food stores and meal programs. In keeping with the principle of food that paleolithic man would have eaten if he could not hunt, catch or find animals and animal products, this diet will be great for weight loss, but die off by the end of winter.

Marathons are old hat, ultramarathons have become too mainstream, so now the new thing is death marches. Can’t run or don’t like running? All you need to do is walk, crawl or grovel. Minimal equipment is required, although you may be required to carry rocks. Race marshals will beat participants with sticks so that competitors don’t have to ask themselves why they are doing this and whether they should withdraw. It’s a great way to get the weight off and keep it off, plus there’s the adventure of never knowing where the march will end or what fate will meet you there. Get into it this year and you could qualify for the 80-year commemoration of the Bataan Death March in the Philippines in 2022.

Just what I want – a takeaway latte with “SHAT UNICORN” written on the lid.

We’ve all been foam rolling muscles, soon we’ll be rolling face to boost blood circulation, increase lymphatic drainage, and tone the muscles of the face, neck and jawline. While early facial rolling experimented with organic materials such as cannabis, cockroaches and foreskins, it became apparent that harder materials provided more benefit. Facial rollers evolved to materials such rose quartz and amethyst, but jade is now considered the superior material because it will have a little more resistance on the skin, yet it is still heavy enough to brain a house burglar.

When Starbucks introduced its unicorn Frappuccino, Anthony Bourdain called the coffee-free wonder of artificial colourings “the perfect nexus of awfulness – just add pumpkin spice to that mix, and you can nuke the whole country.”

This year the colourful unicorns return in the magical form of adaptogenic lattes. Adaptogens are non-toxic plants with roots in Chinese and Ayurvedic healing traditions, now marketed as helping the body resist all kinds of stress – physical, chemical or biological. Some unicorn lattes are even based on crystal-infused teas, with adaptogens coming in ‘flavours’ such as ‘Shatavari: The Hormonal Harmonizer, Queen of Women’s Adaptogens’. Just what I want – a takeaway latte with “SHAT UNICORN” written on the lid.

Known as ‘CBD’ and ‘Hippie’s disappointment’, cannabidiol is just one of hundreds of compounds hiding within the cannabis plant, and only a distant cousin of THC, the stuff in marijuana that will get you baked as a cake. You will most definitely stay very much attached to your tits when consuming CBD.

CBD enthusiasts say the extract is a soothing remedy for an overactive or exhausted brain as well as for aching extremities, and that it settles you down on those restless nights, but somehow also acts as a pick-me-up for those listless mornings. When taken orally, CBD can take 1-2 hours to produce an effect. Expect to see CBD available in gluten-free brownies, milk-free cheesecake, and soggy Krispie treats.

Chemically, CBD is one of 85 chemical substances known as cannabinoids, which are all found in the cannabis or hemp plant. CBD is the second most abundant compound in cannabis (typically up to 40% of extracts). The most common is THC. So the more demand there is for CBD, the more THC will be available!

‘Animal flow’ and other exercises based on the movements of common animal became all the rage a few years back. There were bear crawls, duck walks, frog jumps and cocker spaniel incontinence (also known as ‘fire hydrant exercise’). This year we’ll be looking at lesser-known animals and incorporating their movements into exercise routines. Hate boot camp but love the outdoors? Have fun trying to run across water like the Jesus Christ Lizard. Hang out at the low intensity interval training (LIIT) sloth workout, where you alternate hanging upside down with slow-motion movements (great for mindfulness!). Do the armadillo, a bizarre take on combat-style training, in which you roll up into a ball every time you are touched. Looking to train long endurance? Tapeworm training sees you buddy up with a partner, whom you latch onto physically and remain attached through everything they do (workout, eat, work, shop) until they defecate.

Move over Crossfit and ninja fitness, it’s time to dig deep – it’s time for Underground Fitness. Individual and group sessions provide a whole-body workout combining strength, power and cardio training. The training uses the Reebok Shovel™ (it’s more of a spade actually, but they don’t call a spade a “Spade™” because of the potentially racist inference) to transpose earth from one location to another. Yes, this workout literally changes the planet!

Underground fitness will get you that lean, gritty look, but it’s not all about vanity and the self. There’s also a strong community element, with clubs using their strength for good. Expect to see Underground Fitness involved in community projects such as roadway underpasses for wildlife, bushfire shelters, alternate body disposal options and dual immigration/shipping routes for the economically disadvantaged/party products along the southern border of the USA.

This 200 year-old tradition from Austria came about after locals noticed that farmers who slept in hay smelt like poop, had very close relationships with their sheep, but they recovered quickly from any pain and reported feeling energized. In 2019 we’ll see treatments where the body is wrapped in steaming hot “fatty” fermented alpine hay made from 40 different types of grasses and flowers. This 20-minutes treatment is said to rejuvenate the immune system, ease muscle pains and improve circulation in the body – the latter due to a herd of hungry cows being released into the treatment room after precisely 20 minutes.

It’s back! If you like a little more spice in your diet, The Dom Cadden Casual Motel Sex Diet™ might be for you. It made its debut in that bastion of dieting information, RALPH magazine, following the highly unsuccessful RALPH Diet Dog program. The latter partnered weight-challenged people with a companion animal – usually an underfed Irish Wolfhound with tapeworm – who they would have to fight for food every time they attempted to eat. The DCCMSD is more amenable to eating out, and it comes with less risk of rabies. The DCCMSD also goes hand-in-hand with a program of regular activity, it’s very social, and helps raise metabolism. However, there are potentially fatal risk factors to married men, (especially if married to a Brazilian woman).

So… craze, credulous or crap? 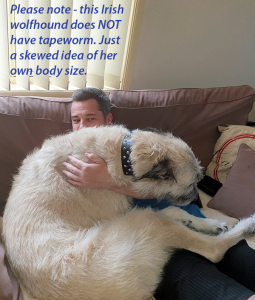 1 – All true, except the part about sleep trainers. Maybe. We hope.
2 – All true – and don’t look up “pegging” at work.
3 – False– although ultra-runners sometimes refer to a race becoming a “death march”.
4 – All true, apart from the part about cockroaches and foreskins. Probably. And the rollers are very small – better to try and brain a house burglar with that heavy glass jar of facial moisturiser.
5 – All true – except for the bit about soggy Krispie treats – I think that’s an adults-only game.
6 – True – really, you can’t make this stuff up.
7 – Not true yet, but UH! will be trying our darndest.
8 – Underground Fitness is the name of an excellent gym in North Melbourne and a chain of fitness studios in the USA. It’s not an exercise system or fitness movement yet.
9 – True, except for the hungry cows.
10 – The Diet Dog program and The Dom Cadden Casual Motel Sex Diet™ did indeed debut in a magazine called RALPH. We don’t think the DCCMSD is coming back any time soon.

﻿SWEET! BUT WHERE’S THE ALCOHOL?

The first day of the Tor Des Geants