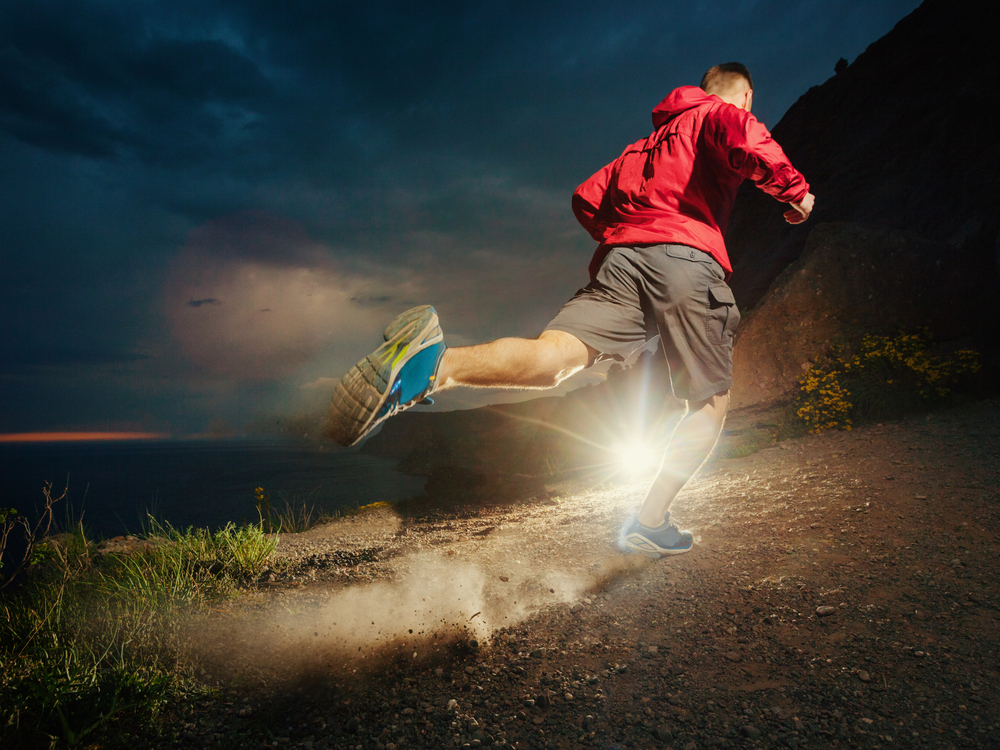 Running when it’s dark out is great. There’s less traffic and people about on the streets or at the beach, the air feels crisp and cleaner, you get to see some cool animals. On top of everything else, you’ve usually dealt with all you need to for the day so you can focus on training without interruption – and if you do need to stop and pat a cat (and STRAVA really needs to work in a time-adjustment setting for me to allow for this) then so what – it’s not like it’s going to make you late for work. Plus it just feels good to be out in he still of night – and a bunch of studies have suggested why:

Running in the dark comes with its hazards, but you can rush right past them if you follow a few simple precautions:

1. Do 2 out of these 3 things: tell someone where you’re going and when you expect to be back, take a mobile phone and carry some ID.

2. Don’t assume you’ll beat darkness – if there’s any chance it’ll be dark or even twilight before you finish, take precautions. The same applies if you’re up before the sun

3. Stand out to motorists by wearing reflective clothing. That doesn’t have to mean baggy, saggy, daggy high-vis vests, because some sportswear brands now have reflective panelling built into their running shorts and tops, and even their compression garments. Some brands have what they call 360-degree reflectivity in their running vests and jackets so that you can be seen from every angle. Sprint when the headlights hit and you’ll look like The Flash.

4. Face traffic – running on the right gives you more warning so you can get well out of the way of oncoming vehicles. Only go to the left when there’s nowhere to get off the road or a bend puts you in a blind spot for oncoming traffic.

5. Wear a cap with a decent peak –  use it to shield your eyes so that you’re not blinded and dazed by oncoming headlights.

6. Never run on a surface that you can’t see – even if you’ve been over it 100 times. If there’s a footpath that’s dark and a road that’s lit, run on the road. It only takes a fallen branch, a wet slick, a hole or some slippery leaves to set you back weeks with injury.

7. Give a wide berth to people at bus and tram stops, shop entrances, train stations, etc. if you’re running through shopping and entertainment zones, – at night people simply don’t expect fast-moving pedestrian traffic. Give an even wider berth to licensed premises or anywhere else you might find intoxicated people. Drunks will always find a way to stumble into your path.

8. Carry a headtorch or other light. Many modern headtorches have super-light and powerful, but you might think that’s overkill if you’re in lit-up city or suburban streets. At very least, carry a small torch – even a route you think is well-lit might be plunged into darkness if some street lights are out. A rear flashing light (like cyclists use) is easy to clip on the back of your shirt or cap so motorists and cyclists can’t miss you.

9. Ditch the music (or at least turn it way down). You need to rely on your hearing so much more, not just for cars, but for awareness of other people. But especially cars. A University of Maryland School of Medicine study showed that from 2004 to 2011, traffic incidents involving pedestrians wearing headphones tripled– and 70% of these resulted in the pedestrian’s death.

10. Outsmart creeps and stalkers. Have a few different routes you’re comfortable with and switch up which days you run each one – you don’t want to establish a pattern that’s easy to track. Better still, run with a partner. 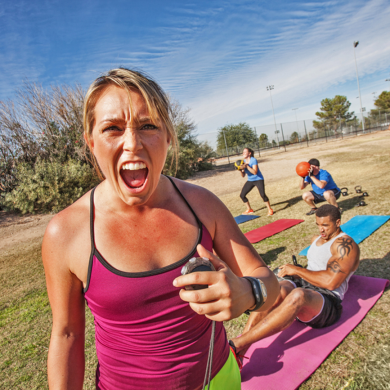 Why do we make people dread fitness training?