Chumpy strength on the board 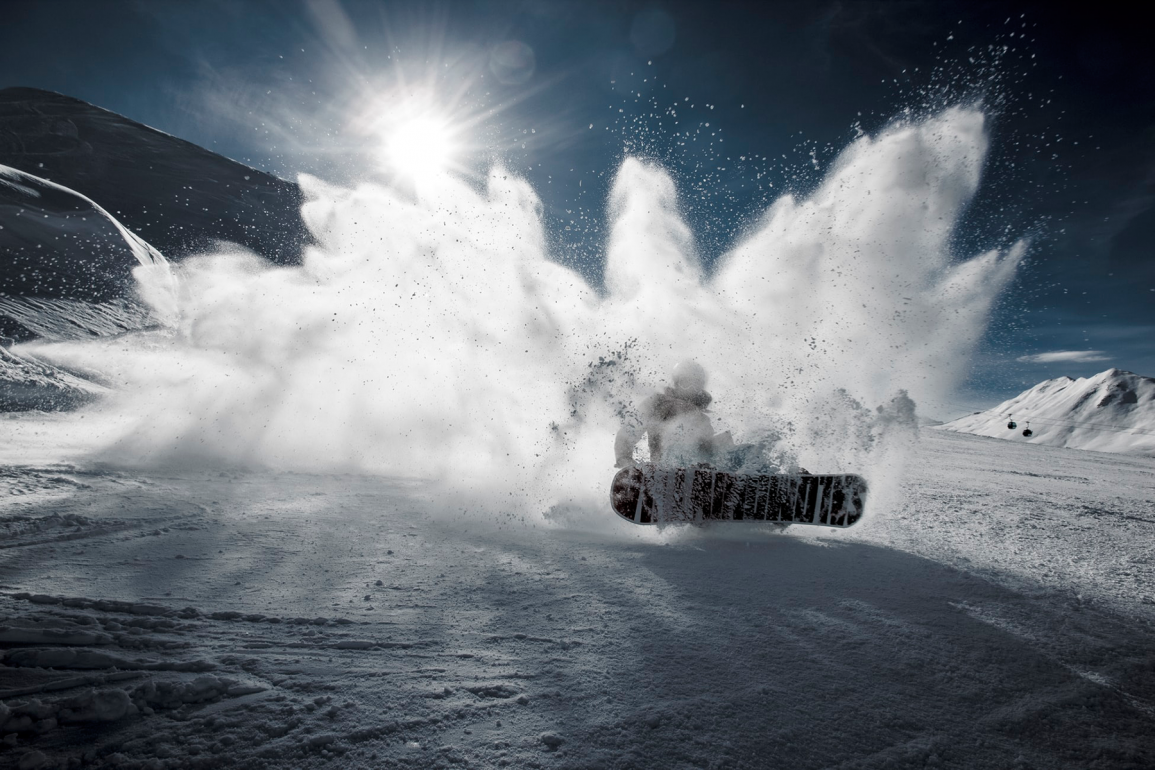 Gravity, a steep mountain and hard-frozen might make for a quick ride on a snowboard, but for Alex ‘Chumpy’ Pullin, it’s never fast enough. The two-time Boardercross world champion explains to Dom Cadden how full-on strength and power training can help the serious snowboarder get ahead of the pack.

In my sport, there’s not really a set body type, although weight is an advantage in the sense that it’s a gravity sport ‒ but too much weight makes it hard to stay on your feet. People are good at the sport for all different reasons. Some work on a flexible finesse and have a more lightweight action. I’m more your heavy, aggressive kind of boarder, and that approach has really paid off for me in the last few years.

In slope-style event, the riders are hitting the jumps at the correct speed, hitting their tricks then coming down in the nice part of the landing zone. In my event, if you’re having a really good run, you’re hitting the jumps at maximum speed – usually too fast to hit any landings. Instead, you land in the flatter parts of the course where the impact is greater. All these heavy impacts can be a pretty serious cause of injury, wear and tear, it causes fatigue during competition, and it also limits some techniques. You really understand the value of the strength training when you make it through the end of the season without injury, knowing those times when you fell really heavily that your shoulder probably should have separated, but it didn’t because everything was holding tight.


Often I’ll do heavy squats immediately followed by something like box jumps, so my body gets used to transferring that heavy strength work into explosiveness.

I’ll be 20 feet in the air, flying 60-80 km/h downhill and trying to account for the wind and other riders. Real strength allows me to still put the board down and catch the landing solid, instead of getting caught in the deepest possible position and not being able to recover. An exercise that really helps is the drop squat. I’ll have 130kg on the bar and stand pretty upright with my feet quite wide (close to his snowboard stance). Then I just drop fast and do a big catch at parallel.

I’ll do some heavy squats, too – upwards of 200kg into parallel – and I’ll do fast, explosive Olympic-style lifts, too (e.g. hang cleans). In my sport, we don’t have acceleration, but we do have power – we generate speed by forcing our weight and energy down through each transition. That’s my method for breaking away from the pack.

Often I’ll do heavy squats immediately followed by something like box jumps, so my body gets used to transferring that heavy strength work into explosiveness. Then in competition, at the top of a run I’ll do four max-effort explosive squat-jumps about 2-3 minutes before my heat. It seems weird – you’d think it would be better to save your energy, but when I do it as hard and as fast as I can, I feel my whole body fires up.

[NOTE: This is a technique called post-activation potentiation (PAP), which is used to excite – or “activate” – the neuromuscular system to improve an explosive action a few minutes later. It is often used in track and field sports, and many other sports involving explosive movements – Dom]

By working heavy on strength in individual areas, I feel I can then bring it all together with activities such as plyometrics, sprints and hurdles to get the whole body operating together, each muscle initiating the next, so I can generate maximum power and force through the body. I feel excited when I get to this phase of training (closer to snow season) because that’s when I feel the heavy strength training comes into its own. I feel like I’m running faster and jumping higher. By the time I hit the snow, I’ve shed a couple kilos, but I’m still lifting the same weights (but less volume), so I have that slightly better power-to-weight ratio.

You can’t neglect the aerobic and endurance side of training. Part of it is just about helping you to recover from training, even strength sessions. On top of that, it’s really important to be full of energy, no matter what the day brings. You can be the third day into a comp, it’s ‒30°C, your body’s spending energy just to stay warm, you get to the gate and you still have to be able to put in a max effort for just one minute.

When I’m back in Australia I can go out surfing for hours. Nothing really compares to snow, but I can still benefit from this type of cross training (skateboarding is another example) because of the state of mind it puts me in. It’s still about being ready to evaluate every second as it unfolds in front of you, attack as best you can and really learn from the situation.

In a peak training phase I’ll train twice a day for six days a week. That leaves one day per week for recovery, which usually involves a good stretch and maybe some physio. It’s also a time to catch up on all the food I couldn’t fit in during the week (in this stage I’m on a see-food diet – I see food, I eat it!), especially since I’ll be trying to build my weight up to 90kg-plus.

A physio I work with on tour did a lot of foot massage on me. He’d massage my feet then go back to working on another part of my body, like my hip flexors (they get very tight), and the foot massage has already helped loosen it up. It also helps early in the season, after I’ve been back home spending a lot of time not wearing shoes, running on the beach. Your toes tend to spread out a bit and your feet widen, then we jam them back into snowboard boots – it’s the ultimate pain, absolutely horrible.

My ITBs get really tight, so I put gentle pressure on them with a foam roller, but sometimes something smaller like a tennis ball can work well. A lot of the time I’m doing this release work, I’ll be playing guitar or just relaxing and I’ll feel different parts of my body twitching out of control. I’ll go through about a week of that because I’m wound up tight from training, then the muscles fully let go – it’s such a good feeling. It really takes that persistent self-torture to initiate everything to the point where that tension releases.

A version of this article first appeared on 2XU international websites.