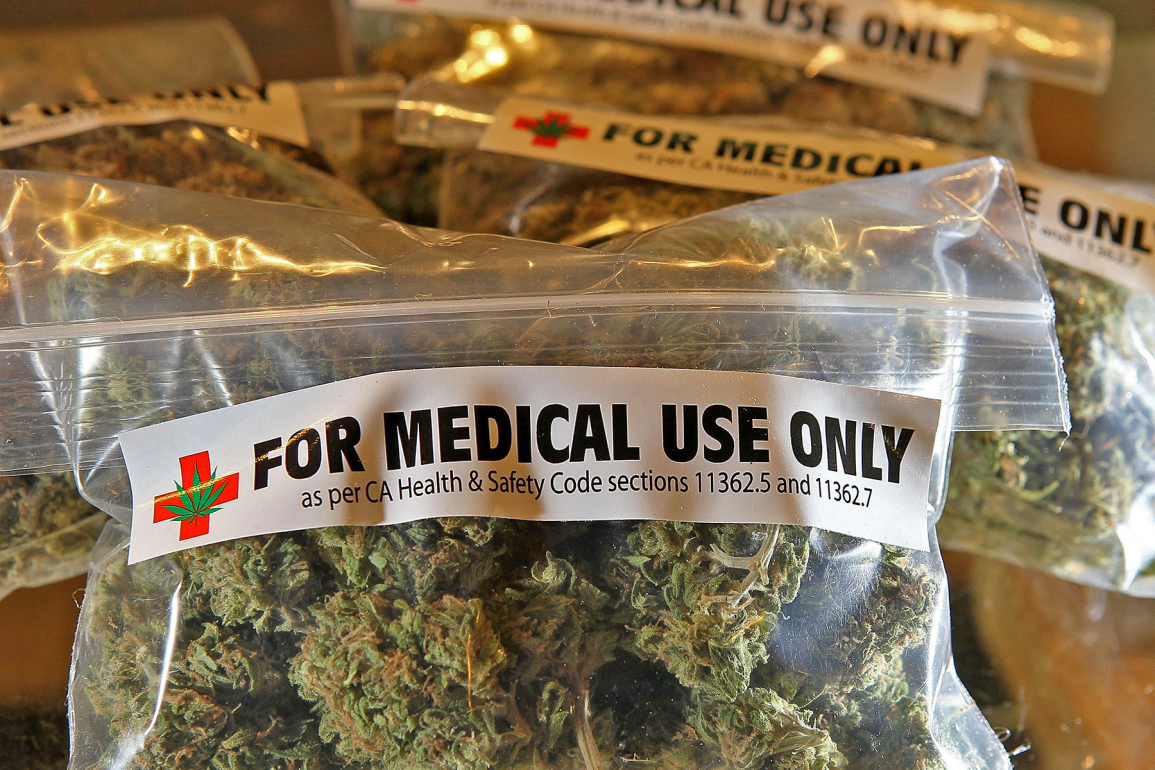 Home
Get a life

is cannabis the great green hope for health?

What if I told you that streaking was not only good for your general health, it actually helps manage, improve, and increase survival rates for many serious health conditions?

Yet all your life, your parents and grandparents’ life too, chucking a nudie in public was considered a criminal offence – even though it didn’t seem to hurt anyone. This is kind of where we are now with cannabis – but your doctor needs to be in on the action.

In February 2019, The World Health Organization (WHO) called for the removal of whole-plant marijuana and cannabis resin from Schedule IV – the most restrictive category of a 1961 drug convention signed by countries from around the world. This was seen as a quiet nod to acknowledge that for decades, governments might have overestimated the risks of cannabis and undersold the medical benefits.

Hemp, cannabis, marijuana – they all come from the same plant, the different words just refer to different uses. Hemp is usually associated with industrial use (e.g. for making cloth, or seed oil). Marijuana often refers to cannabis plants that contains higher levels of tetrahydrocannabinol (THC) – the stuff that creates a high. Cannabis is the botanical name of the plant genus, but it’s also the term used for health and medical use because the plant contains at least 113 cannabinoids – chemical compounds that act directly and indirectly on our body’s endocannabinoid system, which help the body maintain stability and health.

Healthy, high, or both?

The Big Two cannabinoids in medical treatment are cannabidiol (CBD) and, to a lesser extent, THC. CBD is not psychoactive – there is no ‘high’, you will remain firmly on your tits.

In 2003, a patent by the US Department of Health and Human Services Department declared that cannabinoids were antioxidants and neuroprotectants. It said that CBD is useful for treating age-related, inflammatory and autoimmune diseases, neurodegenerative diseases such as Alzheimer’s and Parkinson’s, and limiting neurological damage after strokes and heart attacks. The patent also identified what is now termed the ‘entourage effect’, which has nothing to do with Vince Chase or Ari Gold and everything to do with how non-psychoactive compounds such as CBD curb the high and avoid the toxicity that comes with psychoactive cannabinoids at high doses.

In 2018, the WHO also declared that pure CBD carries no public health risks or abuse potential.

THC also has many medical benefits. Its action to relieve pain, stimulate appetite, reduce vomiting and nausea, and suppress muscle spasms are well-established. It is also used to slow cancer cell growth and manage PTSD anxiety. However, THC is not without its adverse effects, including sleepiness, a decline in short-term memory and ability to think straight, anxiety and paranoia. At high doses, there can be hallucinations and psychotic reactions that could last hours, even days.

While studies and guidelines indicate that THC will not cause schizophrenia, it can bring on symptoms for people with a history of schizophrenia or those at risk of the disease.

Other commonly used cannibinoids include cannabichromene (CBC) and cannibinol (CBN). CBC is a non-psychoactive cannabinoid that has been shown to be 10 times as powerful as CBD for reducing anxiety and stress, while CBN is a milder psychoactive than THC, but it is the strongest cannabinoid for sleep and works well for pain.

For medical use, cannabinoids are often combined. Dr Ben Jansen, director of Cannabis Doctors Australia, presents on medical cannabis to GPs at national conferences in Australia and New Zealand. He developed a dosing “matrix” to demonstrate the relative combinations of CBD to THC for various conditions, in which a low dose of THC indicates just happy, but no other real effects of the THC, and high meaning “euphoric”. However, Dr Jansen emphasises that in medical treatment with cannabis, “there’s no need to get the patient high”.

Getting medical cannabis in Australia

Victoria was the first Australian state to legalise cannabis for medical use in 2017, and the other states quickly followed. However, Australia’s relationship with medical cannabis is complicated. In most other countries where medical cannabis is legal, the medicines are available as registered prescription medicines. Not here (with one exception – nabiximols – brand name Sativex, a spray used for multiple sclerosis). This means that if you are interested in cannabis medicines, you need to go to a GP who has applied to the Special Access Scheme (SAS) for unregistered medicines. The doctor then needs to send details of your assessment to the government, and it can take 1–2 weeks for approval. Strictly speaking, the government approves applications for 15 health conditions – notably chronic pain, epilepsy (includes children), multiple sclerosis, inflammatory disease and palliative care. However, Dr Jansen says the TGA will consider any chronic condition that has lasted longer than three months and has not responded to conventional treatments medicines or there are side effects.

It’s a cumbersome process that discourages both patients and doctors, but it’s catching on – in May 2018 the TGA approved 132 SAS applications for unapproved medicinal cannabis products. In April 2019, 1110 applications were approved.

The way you ingest cannabinoids can change how quickly they get into your system and the time it takes for them to wear off.

If you inhale cannabinoids (smoke, bong, vape, spray), then it’s one to five minutes before the first real effect, the maximal effect kicks in at 15 to 30 minutes, then it wears off after about three to four hours. This is good for people who might need pain relief quickly, plus it’s easy to check how much cannabis you need – take a small inhalation and wait a few minutes and see what the effects are before you take more.

The downside of heating or burning cannabis is that it can change its effect. For example, the cannabinoid THCA is not psychoactive, but it turns into THC when heated up to 120°C (e.g. via smoking or bong). Heating also alters THC’s ability to be therapeutic, so higher doses are needed, increasing the risk of toxicity.

Eating or drinking cannabis has a slower, longer-lasting effect, especially when used in butters or oils and put into food. It could take 45-60 minutes to kick in, a higher dose might take 2-2.5 hours to peak, and eight hours to start wearing off. Cannabis tinctures (a liquid form of cannabis with alcohol or glycerine as a base) can act a little faster. One issue with eating or drinking cannabis is that people can have too much and then feel unwanted side effects, so it’s recommended to start with a small amount and then wait 45-60 minutes and see how your body reacts.

Juicing cannabis or eating it raw in salads, sprinkled on foods or blended into a butter or oil is the best way to preserve its antioxidant powers, which are claimed to be effective for removing damaged cells and improving cell efficiency for wellbeing and anti-ageing.

Worth dodging the Doc?

If you see CBD oils for sale direct-to-consumer in Australia, they are either illegal or they fall within the legal limit of 0.02% of any cannabinoids – that is, a level medicos such as Dr Jansen consider too low for treating any health condition. You would need to drink litres of the stuff to get to the 2.5-20 mg of CBD dosage indicated for chronic pain, yet alone the 200-600 mg guideline to treat epilepsy.

Some products may contain higher levels of CBD, but don’t indicate this on the label.

“Often you won’t even see CBD on the label, it just says hemp extract,” says Dr Todd Cooperman, the president and founder of ConsumerLab.com.

“Some products mention phytocannabinoids, and some of that is likely to be CBD, but not all of it.”

“If you just see hemp oil, that may just be a carrier or base oil they use, but hemp oil is made from the seeds of the plant, which have virtually no CBD in them.”

The internet may be a wonderland for drugs and supplements, but when you hit up Amazon or the Dark Web for a substance that’s prohibited in Australia, the law sees it as no different to buying from the guy with face tatts hussling ice behind Maccas.

When good training & eating plans go off the rails

For the record, hemp seeds and their oil and protein are great for nutrition and have already caught on in sports supplements – just don’t expect them to fix illnesses and serious health conditions.

Hemp protein is a rare plant protein that is “complete” – it contains all nine essential amino acids. Hemp oil is also a good alternative to fish oil for omega-3 fats.

Hemp seeds are very rich in magnesium and thiamine (vitamin B1), and 25g has more than 200% of the daily recommended intake of riboflavin (B2). They’re a great add-on to your diet for endurance sports, as a 2017 placebo-controlled trial with ultramarathon runners found that riboflavin supplementation before and during prolonged running might reduce muscle pain and soreness during and after exercise, and help runners get back up to speed sooner after a tough event.

The news is not good for the regular recreational marijuana user, especially if you smoke it or use bongs.

Cannabis advocates often say there is not one single death attributable to cannabis – a line from a 1971 Harvard study – but the Australian Institute of Health and Welfare (AIHW) reports that in 2016, cannabis was the second most common drug type identified in accidental deaths. However, it’s common for recreational cannabis users to also use tobacco, alcohol and other drugs, so measuring the health risks of a cannabis habit alone is difficult.

Yet even cannabis advocates such as Dr Jansen warn that for chronic, heavy cannabis smoking is not recommended as there is evidence of a decrease in IQ, although the risk of airway cancer appears “equivocal”. The American Dental Association says cannabis smoking is definitely associated with gum and mouth disease, and increased risk of mouth and neck cancers.

An Australian Medical Association (AMA) spokesperson said that the specific health risks from smoking or bong use might be lessened by eating or vaping cannabis instead, but warned that the long-term effects of vaping cannabis are not well-known. The AMA also has concerns about the impact of increasingly stronger cannabis on the mental health of users, as AIHW figures show that the rate of ‘psychological distress’ reported by cannabis users is rising.

As Australia’s peak medical body, the AMA has huge influence on Australia’s access to medicines, and although it supports decriminalisation of cannabis, it’s not going to support legalisation any time soon. The AMA position is, “Cannabis should not be used for regular health use or considered as a medical treatment for a health condition unless prescribed by an authorised prescribing doctor.”

While the Turnbull-Morrison government took steps to support medical cannabis use and a medical cannabis industry in Australia, in April 2018 Health Minister Greg Hunt shot down a proposal by Greens leader Senator Di Natale for legalisation under a government-regulated system. Hunt called the policy “open slather for a highly addictive and dangerous drug”.

So far, very few nations have legal recreational cannabis. Even in the Netherlands, cannabis is decriminalised – not legal – but “tolerated” in coffeeshops that sell cannabis under strict government controls. Cannabis is legal for recreational use in Canada, South Africa and 10 US states. New Zealand will hold a referendum on the legalisation in 2020. It’s only two years since hemp seeds became legal in Australia (2017), despite the fact that it is impossible to get high from them. For now, legal recreational cannabis use seems a long way away.