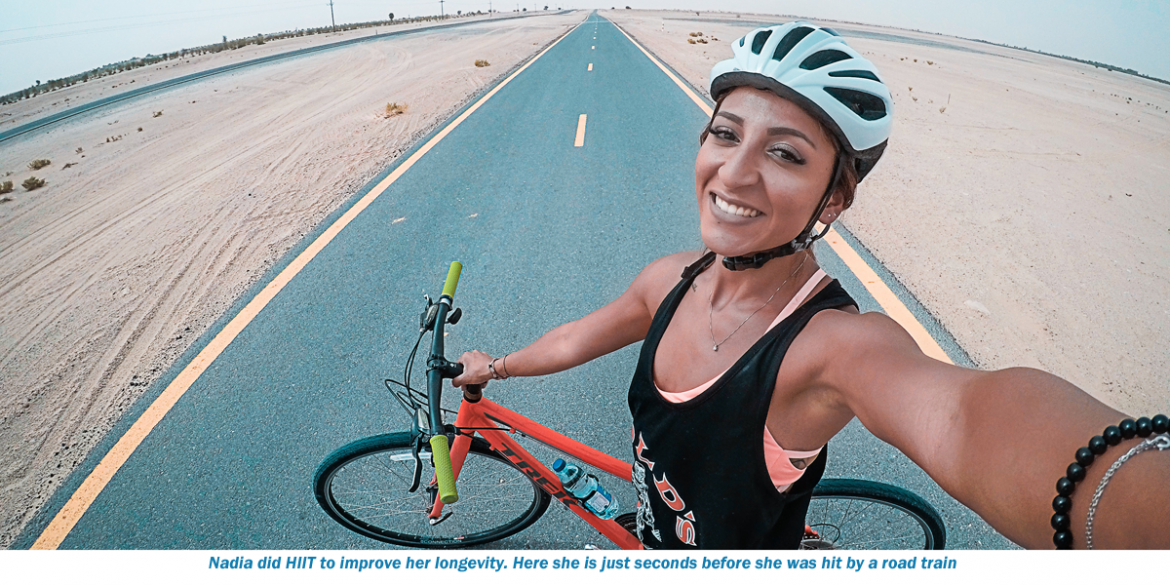 Home
Move
Fitness
ACHTUNG!
If you are pregnant, over 50, have any heart, respiratory issues or other significant health issues, it is advised to consult and exercise physiologist or doctor before commencing HIIT. Consider commencing with sessions supervised by a fitness or health professional.

How could something that can feel so close to dying actually help you live longer?

This is one of the great mysteries of high-intensity interval training (HIIT) that countless studies over the last decade have attempted to unlock. The good news is that if you’ve been slogging out some gut-busting HIIT sessions, it looks like there’s going to be a pay-off in the long run.

HIIT – beyond the nuts & bolts

HIIT is an exercise format where you push yourself to maximal or very high intensity effort (85–95% of maximum heart rate) for short bursts – anywhere between 10 seconds and four minutes. You then alternate these intervals with periods of rest or low intensity activity (‘active rest’).

When you look at the nuts and bolts, the longevity angle of HIIT has legs if you define longevity as “some protection against really obvious things that will kill you”. Like a bus. After all that sprint training, you’d expect to be able to put in a two-second burst of speed to get out of its way (if you see it coming).

Another obvious connection is how HIIT can help protect against cardiac events such as heart attacks. Short bursts of high heart rate helps “train” your cardiovascular system, helping to reduce aortic stiffness that occurs with age. It also helps improve your ability to take in oxygen and then utilise it (delivering to the muscles and absorbing it), which is a predictor of better longevity. Like moderate-intensity continuous aerobic exercise, HIIT also brings protective health measures such as improved glucose tolerance and insulin sensitivity, which will help add years and quality to your life.

However, exercise science has evolved and now looks beyond the nuts and bolts. Looking deep under your bonnet, scientists have worked out how HIIT can slow the anti-ageing process that occurs at the cellular level.

“These things we are seeing cannot be done by any medicine. Based on everything we know, there’s no substitute for these exercise programs when it comes to delaying the ageing process.”

Hit ageing where it lives

Ever felt like you were dying just a little bit every day? It happens, and not just when you work in an office and your last holiday seems a distant memory.

In all our cells we have things called mitochondria, which are responsible for producing the molecule that transports chemical energy within cells. As you get older, the ability of our mitochondria to produce energy slowly decreases.

This doesn’t just aggravate fatigue, it makes all kinds of functions in our body sluggish – for example, it reduces the size and ability of muscles to burn excess blood sugar, which becomes a risk factor for diabetes.

So mitochondria are like batteries that power cells. The more quickly they wear out, the sooner the aging process begins. Keep the batteries healthy, and you slow the degeneration that is what we call ‘ageing’.

Exercise physiologists have long suspected that many of the benefits of cardio exercise occur at a cellular level, but until now very little was known about how the type of or intensity of activity helps rebuild the inner workings of cells.

The breakthrough came when Dr Sreekumaran Nair and his colleagues at the Mayo Clinic found that molecular changes that occur immediately after HIIT training recharges the energy-producing mitochondria and encourages cells to make more proteins, which puts the brakes on the ageing process.

Dr Nair, senior author of the study and a Mayo diabetes researcher, explained: “If exercise restores or prevents deterioration of mitochondria and ribosomes in muscle cells, there’s a good chance it does so in other tissues, too.”

The 5-point checklist to reach your goal

This “other tissue” could be lots of things – arterial walls or organs for instance – that deteriorate in function as we age. In future studies, Dr Nair and the Mayo team will investigate how exercise benefits different tissues throughout the body.

Is it ever too late?

If you can remember banging out to KISS or crooning along to ABBA when their songs were FRESH, then that’s OK – it’s not too late to add some life to your cells with HIIT.

The Mayo Clinic research, published in the journal Cell Metabolism (2017), was based on a study of men and women in age groups 18 to 30 and 65 to 80, with each group sticking to its designated exercise program for three months. When it came to measuring the increase in mitochondrial capacity, the older group were actually streets ahead of the young’uns, with a 69 percent jump compared to a 49 percent increase.

However, one question that often comes up is whether HIIT is only safe if you already have a reasonable level of fitness… and, you know, youth. A Norwegian study published in Circulation in 2012 challenged this notion with Viking-like courage, quite literally facing off with death. The research team rounded up nearly 5,000 patients from three cardiac rehabilitation centres examined whether high-intensity intervals were safe, or perilous, for older adults with serious heart problems that ranged from a prior heart attack to angioplasty, or coronary surgery.

‘High intensity’ was measured either on a perceived exertion scale (15-17 on a scale from 6 to 20) or by percentage of peak heart rate (85-90 percent). In between high-intensity intervals, the participants did slower, “active pauses” that let the heart rate drop back down to 50-70 percent of maximum. The sessions all lasted about an hour, including warm-up and cool-down. The benefits to the participants’ hearts were so significant that researchers concluded that HIIT should be considered for anyone with coronary artery disease.

The effects of exercise – and HIIT in particular – on the workings of our cells is a real ground-breaker, and suggests that exercise is not just an add-on to healthcare, it is healthcare. Dr Nair from the Mayo Clinic said it best:

“These things we are seeing cannot be done by any medicine. Based on everything we know, there’s no substitute for these exercise programs when it comes to delaying the ageing process.” 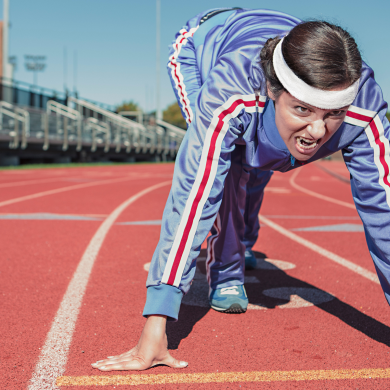 ﻿Fitness challenges for your 30s and 40s