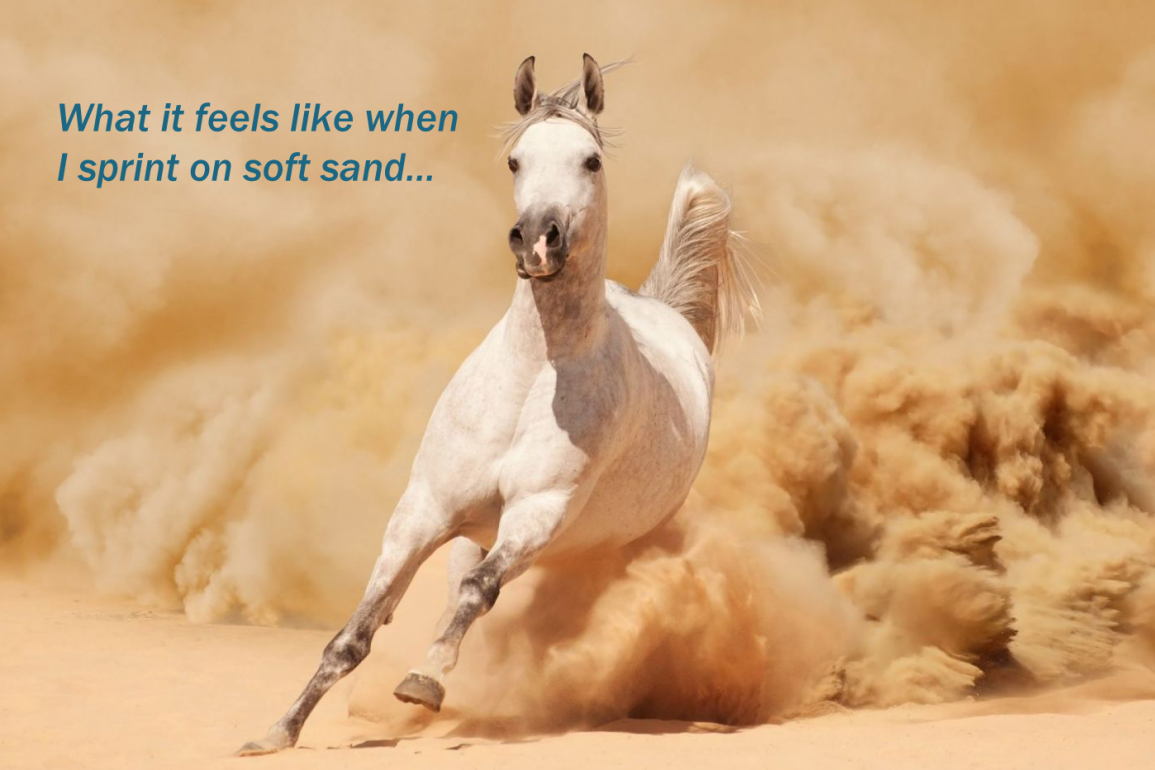 Soft sand running is tough work and for the newbie, it often feels like something between a hard hill or stairs session and cardiac arrest. It’s a great way to massively increase intensity in training without the impact of hard surfaces – and Aussie champions have been reaping the benefits of this for decades.

When eccentric Melbourne coach Percy Cerutty was generating running champions in the Golden Age of Australian athletics in the 1950s and ’60s, the world began to see the benefits of sand running. Cerutty famously trained his athletes along the beach and up the sand hills of Portsea on the Victorian coast. His methods benefitted runners over a range of distances – everyone from sprinter Betty Cuthbert to miler Herb Elliott and Olympic 5000m and marathon runner Les Perry. It’s also been used for field sports such as cricket and all codes of football.

What exactly is “soft” sand and why is it special?

Soft sand can be defined as sand that lets your foot sink in about five to eight centimetres each step. This makes it a lot more unstable than road, track or grass, so your muscles work a lot harder to stabilise the foot and the leg. You also don’t get that rebound of energy that you get from a firm surface because the sand absorbs a lot of the force you apply.

Associate Professor Hugh Pinnington at the University of Notre Dame, Fremantle, has extensively studied the biomechanics of sand running and concluded that the effort is well worth it. He says the increased energy cost and change to where the peak loading force occurs on sand can be important for the runner who may be prone to impact-type injuries such as stress fractures and shin splints.

“These athletes may be able to effectively substitute high impact firm or hard surface training sessions with beach running sessions that will … allow some relief from impact and still maintain a high training stimulus.” He adds that such a session could also be done in less time than it would take to achieve the same training effect running on firm surfaces.

Most importantly for the long distance and ultra-runners, Pinnington’s research suggests that sand may help improve running efficiency. Motion studies commonly show that running on sand promotes a lower leg action to compensate for the greater time and energy spent in the stance phase (the foot landing and push-off). Pinnington compared well-trained surf life saving athletes with well-trained road runners and found that the surf life saving athletes (who did a lot of sand running) were more economical when running on either sand or a firm surface.

Kelly Books is one  runner who has plenty of opportunity to compare running on different surfaces. Kelly, a guide with trail walking company Wild Women on Top who competes in 100km trail races and soft sand races, as well as training with clients for road races.

“Part of it is just me trying to mix things up a bit and get off the road, plus the beach is right there on my doorstep”.

Kelly finds the extra resistance of running on sand is comparable to when she carries a 4kg backpack in trail races.

“For trail racers, I’d suggest that if they have the time, they could add in a sand session every week. But I don’t see any point in doing less than 40 to 50 minutes of running or an hour if you are walking, as you need that to get the benefit of the mental side of it – I definitely do the soft sand for the mental toughness.”

One area that concerns some coaches is that the slight changes in technique and stride pattern required on the sand will slow down a runner’s stride frequency on firm surfaces.

“No-one’sever been able to back this old wives’ tale up with any research,” says physiotherapist Jock Campbell, High Performance Director of the Jock Athletic Skins Sports Academy. “It might be true if every session was done on soft sand,but as part of an overall balanced training program, it won’t happen.”

Pinnington’s research showed that a shortening of stride length compared to running on firm surfaces was only statistically different at faster speeds (over 11kph). He compared well-trained surf life saving athletes with well-trained road runners and found that the surf life saving athletes (who did a lot of sand running) were more economical when running on both sand and firm ground.

Motion studies commonly show that running on sand promotes a lower leg action to compensate for the greater time and energy spent when the foot lands and pushes-off the ‘stance’ phase).

Walk before you run

“In the initial week or two of sand running you may also get sore in the lower back until you adjust to running in the right posture,” Campbell says.

Another issue is plantar fasciitis, an inflammation of soft tissue along the base of the foot.

“Your calves and Achilles also go through a lot more range because you sink into the sand, so they’ll need a lot of stretching, too.”

The instability of sand also generates more muscle activity in the lower leg and foot than firm surfaces will, so a few precautions are required. Kelly Books says she doesn’t feel comfortable running on sand when she has a knee or ankle niggle because the instability may stress ligaments. Yet at the same time, Pinnington says that this increased muscle activation at low impact and high energy expenditure may speed up the rate of rehabilitation in the early stages after an injury.

Start out by walking before you run. Try taking very long strides and grip into the sand with your feet. This will get you working those lazy foot muscles and your glutes – 20 minutes will feel like a dozen sets of lunges. Walking in sand before you work up to running – or even just as a warm-up to running – will help train you to get your foot position right. It also gets your calves and Achilles accustomed to the extra stretch that comes from the bigger range of motion they go through when you sink into the sand.

Who is this good for?

Prof. Pinnington’s studies found that the increased energy cost and change to where the peak loading force occurs on sand can be important for the runner who may be prone to impact-type injuries such as stress fractures and shin splints. His research suggested that replacing high-impact firm or hard surface training sessions with sand running will give you some relief from impact without slacking off on training intensity. As a bonus, these sessions could also be done in less time than it would take to achieve the same training effect running on firm surfaces.

Pinnington’s research also showed that soft sand could be very good for overpronators, as it encourages less pronation than a firm surface,largely due to the foot being in a pointed position.

“Potentially, this could actually mean less likelihood of pronation-related foot, ankle and other related injury from running on a level soft sand surface,” he says.

Running on soft just takes a few little changes in technique. First up, point the toes to the sand so they break the sand on landing – even better, scrunch up your toes before impact (always train barefoot on sand!). Your stride should become shorter and quicker than it is on hard surfaces. You also push off from a smaller landing area (around the ball of the foot), since the sand won’t allow you to get a foot roll and push-off through the ball of the foot/big toe. Be careful not to hunch over – keep the abs tight to try and hold a normal lumbar position.

A few grains of caution…

Take time to warm up – off the sand at first, being sure to loosen up the groin, hamstrings, calves and quads. Then go to the sand and start with walking and really use the muscles in your feet to grip into the sand. Slowly lengthen your strides to stretch through the calves and hamstrings.

For the first few sessions, you might get very sore through the calves, hamstrings, abs, and also in the lower back until you adjust to running in the right posture. Be sure to stretch after your session, paying extra attention to your calves and Achilles tendon.

If the beach is cambered, make sure you go equal distances in each direction to avoid overloading your ITB or muscles and ligaments on the outside of your leg. If the camber is steep or feels uncomfortable, try zig-zagging up and down the beach instead of walking across it.

Ease into soft sand running so that your body can get used to the different stresses and destabilising forces. Here is an example of how to graduate your training, based on one session per week.

Versions of this article have appeared in the Sun-Herald, Men’s Health, and 2XU international websites. 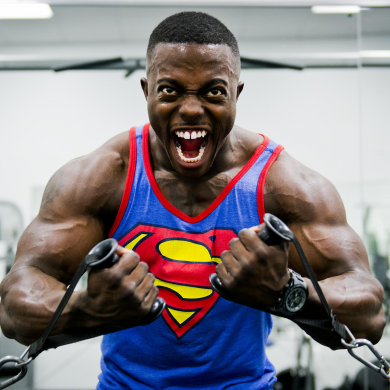