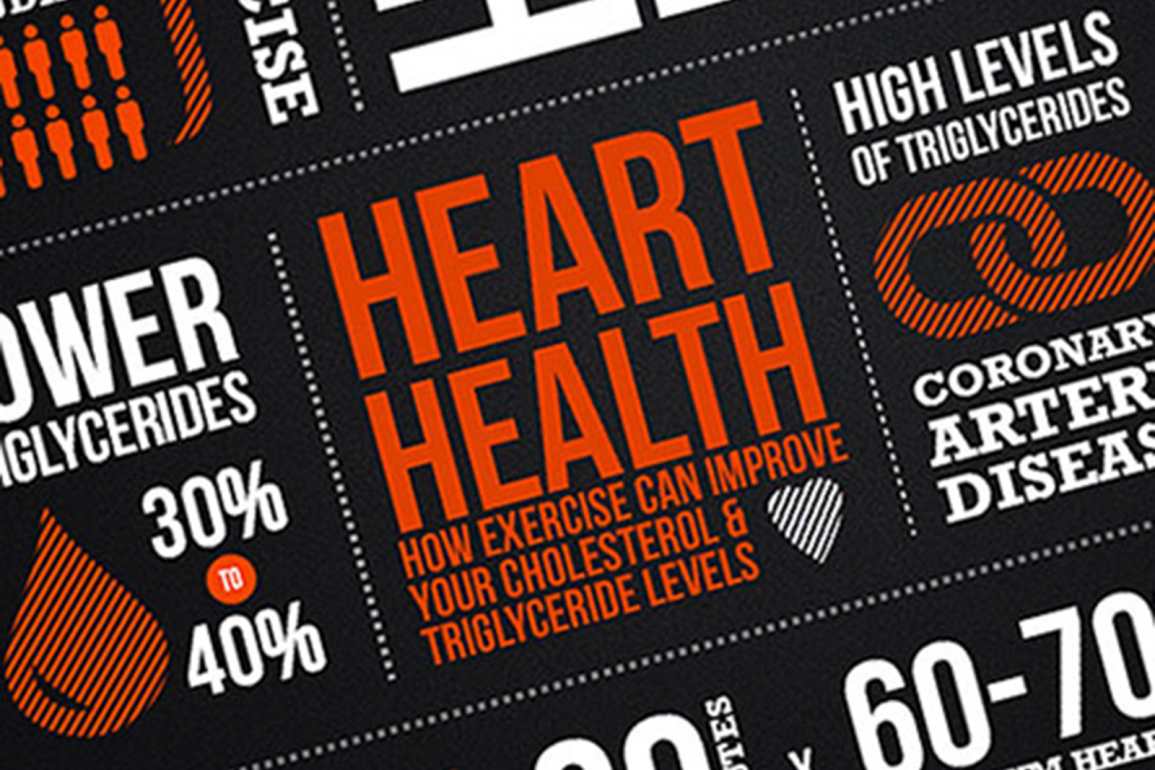 Many people – typically athletes and more active people – like to believe that exercise can decrease stress, make you attractive, help eliminate poverty and create world peace. Well, guess what? It can also reduce cholesterol.

This flies in the face of many GPs who are a too keen to whip out the prescription pad and tell you that meds and dietary change are the only solutions to high cholesterol. It’s true that diet still plays a big part if you lower your intake of saturated fats and increase the amount of cholesterol-lowering foods you eat, such as omega-3 fatty acids, foods enriched with plant sterols or stanols (e.g. ‘healthy heart’ margarines), oatmeal and oat bran, beans, olive oil and high-fibre foods or supplements. But it’s good to know there’s another game plan if you or any of your friends and family have problematic cholesterol and triglycerides (a form of fat found in the blood) – and that’s exercise.

A 2007 Danish study of 1693 men and women suggested that there is a linear dose-response relationship between moderate physical activity and certain cardiovascular risk factors. The study also suggested that exercise is the single best way to boost HDL, which is often called ‘good’ cholesterol, since it is believed that HDL carries “bad” cholesterol away from arteries and to the liver where it’s removed from the body. The study found that regular physical activity was consistently associated with higher levels of HDL cholesterol, while a meta-analysis of 52 exercise training trials, including 4700 subjects, found that HDL levels increased an average of greater than 4% – which is enough to significantly even up the score against heart disease risk.

Consistent regular exercise can lower triglycerides by 30% to 40%.

Dr. Patrick McBride, director of the preventive cardiology program and the cholesterol clinic at the University of Wisconsin School of Medicine and Public Health, has said that “Consistent regular exercise can lower triglycerides by 30% to 40%.” At high levels, triglycerides are linked to coronary artery disease, which is why they’re always tested on a standard blood cholesterol test.

Of course, there’s a catch – you can’t just exercise any old way and expect to get these results. For cholesterol health, it turns out that it’s all about the frequency of exercise and the total amount of time you spend exercising that counts – the intensity isn’t nearly as important. The Mayo Clinic suggests if cholesterol heath is your key priority, then you need a high dose of exercise – five or six days a week for at least 30 minutes at an intensity of about 65%-75% maximum heart rate.

“Doctors used to believe it was only aerobic, endurance exercise that improved [cholesterol  and triglyceride] levels, but it turned out that we were wrong,” Dr. McBride reported. “A number of studies on resistance training have shown very powerful effects on cholesterol metabolism, especially if you do moderate strength training at high frequency. Circuit training with 10 reps each cycle and three cycles of each circuit can bring you very nice improvements in your triglycerides and HDL.

“We really like it when people use variety, alternating endurance and strength training,” McBride said.

Regular exercise has also been shown to reduce levels of C-reactive protein, a measure of inflammation, which is a big deal because cholesterol-laden plaques on the lining of arteries are most likely to break off and cause heart attacks when they become inflamed. A 2006 study found that men with high levels of aerobic fitness, measured as VO2max, had lower levels of C-reactive protein, along with other markers of inflammation.

Just remember, just because you do some exercise or play a sport regularly doesn’t mean you’ll be immune from high cholesterol and/or triglycerides levels. Genetic factors (“damn you, mum/dad!”) and the long-term effects of your diet and lifestyle – even if you think that’s all in the past – can kick your readings into the danger zone. If the quick and painless blood test puts you on a sticky wicket, then you should probably think about changing your exercise routine so that it follows the format that will benefit your cholesterol and triglyceride levels first. Training for a sport or that climb up Kilimanjaro can wait – heart health has to come first!

–  A version of this article was originally written for 2XU International. 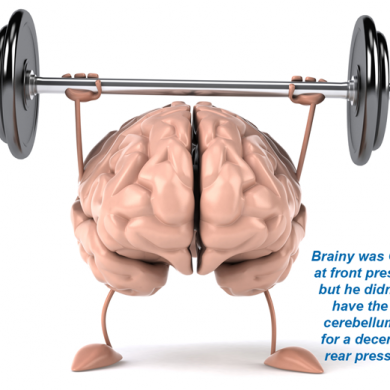